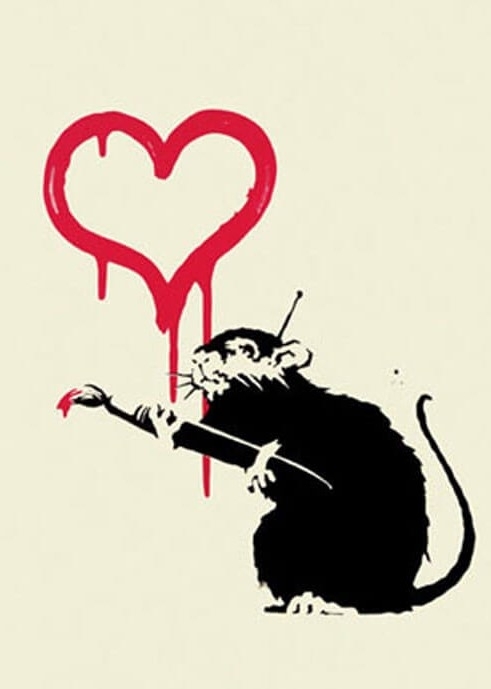 Rats are one of Banksy’s most prolific subjects and are a very common motif in the artist’s early works. Banksy rat works where prolific, especially on the London’s streets, between 2000 and 2005. A great multitude appeared, some very small and discreet rats others larger and now iconic – stencilled on city walls in London, Liverpool and New York. They are a motif in his work used mainly to symbolise the everyman in society, but they can take on many personas – for example a doorman, an anarchist, or a photographer. Banksy’s influence and appreciation for rats are often attributed to French stencil artist Blek le Rat, also known as Xavier Prou, who is considered as the father of stencil graffiti and introduced urban art to France in 1881. Blek le Rat’s spray painted stencils of rats first appeared in Paris on the banks of the Seine, about 20 years before Banksy appeared on the scene.