The Night May Still Be Young, But I Am Not (after Eleanor McEvoy) 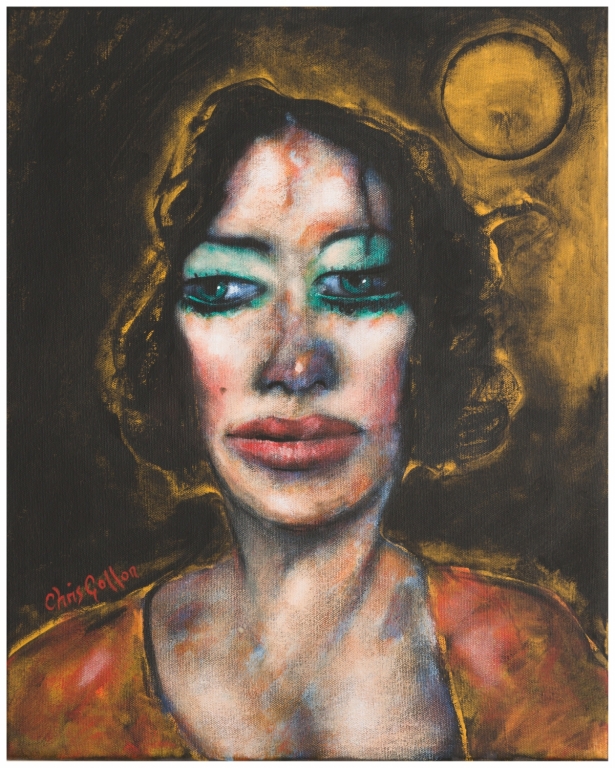 Original painting in acrylic on canvas, 2016. Chris Gollon enjoyed the company of musicians and had a lifelong love of music. Lyrics from songs often led him to ideas for images. In fact, one of his first major museum acquisitions was a major work on canvas entitled 'Einstein & The Jealous Monk', which comes from a line in Bob Dylan's great 1964 ballad Desolation Row. The painting was acquired by a major museum collection, and now hangs alongside works by Francis Bacon, Sir Jacob Epstein and L.S. Lowry.

This painting is from an Eleanor McEvoy-inspired series. It takes its title and inspiration from a track of the same name co-written with Dave Rotheray (The Beautiful South). Gollon and McEvoy in 2015-2016 embarked on a cross-pollination of music and words, with Chris Gollon interpreting some of Eleanor's songs for a major London solo exhibition, in which her album was launched.

'Study on Paper (VIII) for Gimme Some Wine'
Chris Gollon