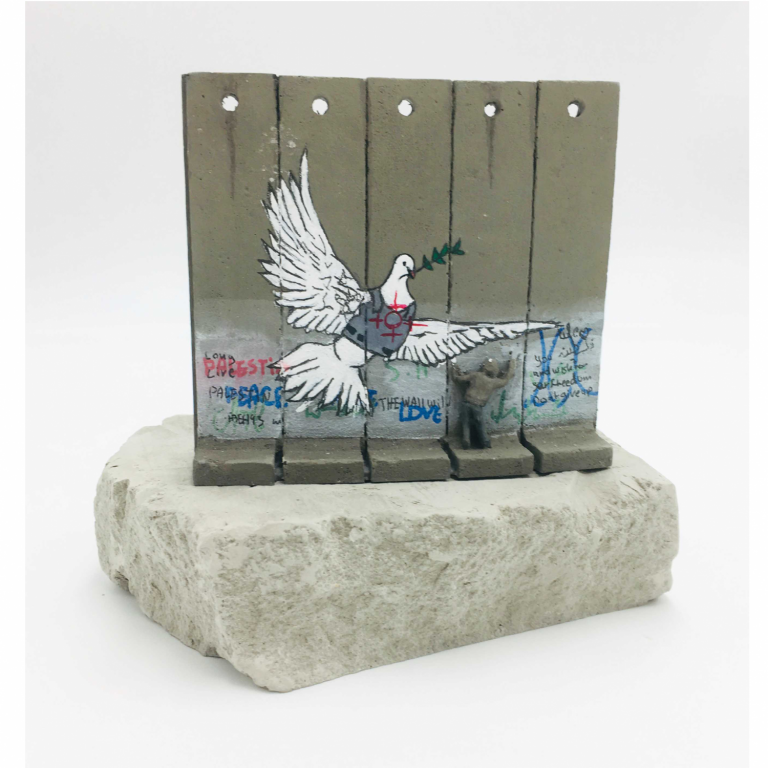 Banksy’s Walled Off Hotel in the Palestinian territories is a continuation of the artist’s interest in the region, first ignited when he graffitied the West Bank barrier in 2004. The provocateur recently opened a gift shop to sell customized souvenirs relating to the locale and tense political situation. This distressed, demolished and defeated sculpture was hand painted by local crafts people that's graced the wall over the years.

Sold in mint condition with a numbered invoice.

Pushead (Glow in the dark)
Kaws

Together (Set of Three)
Kaws