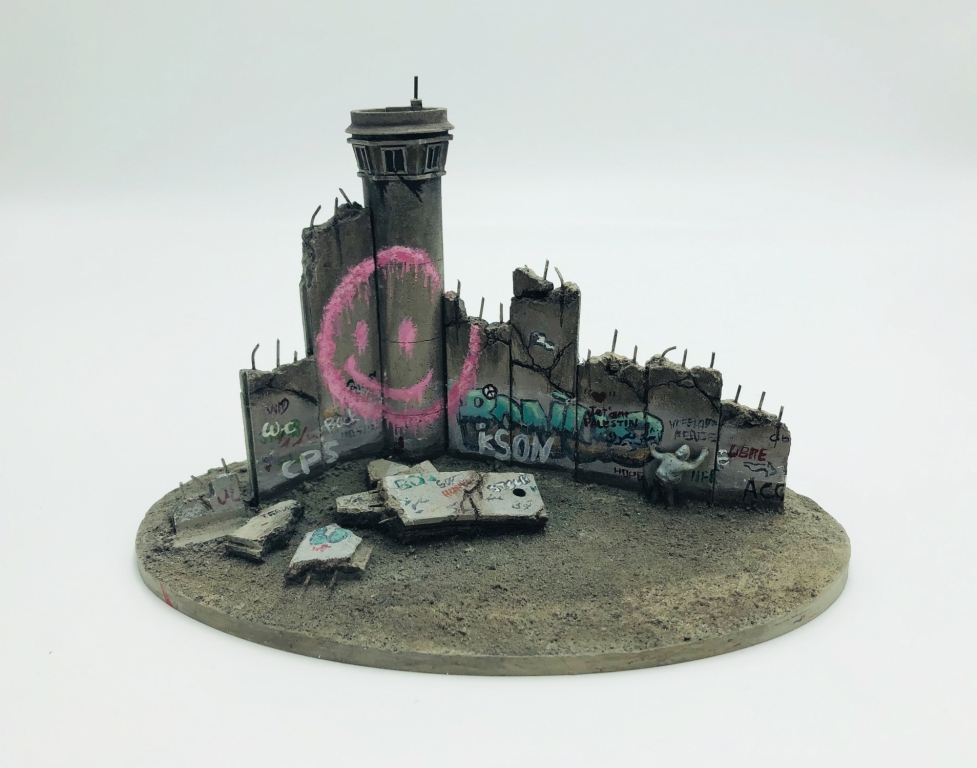 Banksy’s Walled Off Hotel in the Palestinian territories is a continuation of the artist’s interest in the region, first ignited when he graffitied the West Bank barrier in 2004. The provocateur recently opened a gift shop to sell customized souvenirs relating to the locale and tense political situation. This distressed, demolished and defeated sculpture was hand-painted by local crafts people who graced the wall over the years.

This work is mint as issued; some imperfections may exist given the nature of the material. This work comes unsigned with a numbered invoice issued from the Walled Off Hotel, Bethlehem.

Together (Set of Three)
Kaws

Along the Way (Brown)
Kaws

Along the Way (Mono)
Kaws

Along the Way (Black)
Kaws