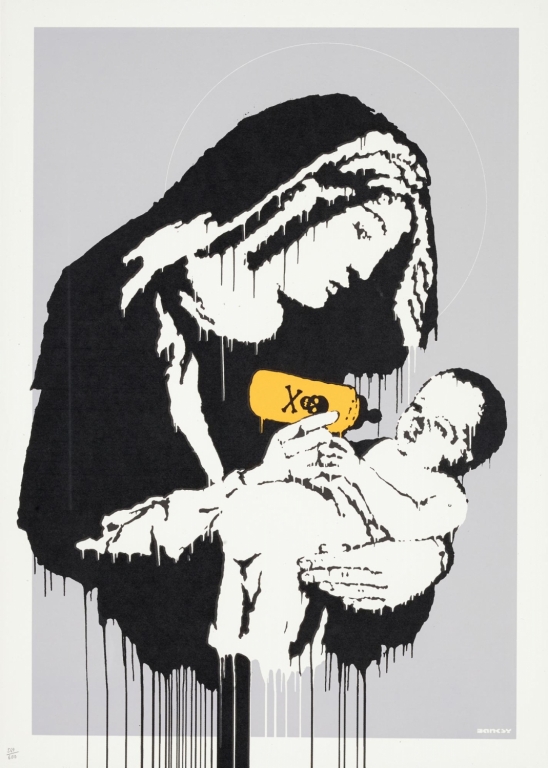 Toxic Mary was first exhbited at ‘Turf War’, the street artist’s first major show which took place in July 2003 at a warehouse in Dalston. The screen print, in Banksy’s characteristic stencilled style, shows a cloaked woman feeding her infant son, and draws many comparisons to the classic Renaissance Madonna and Child. The piece, however, breaks firmly with tradition. Here the Virgin Mary is feeding her baby with a bottle, and one marked with the ancient symbol for poison.