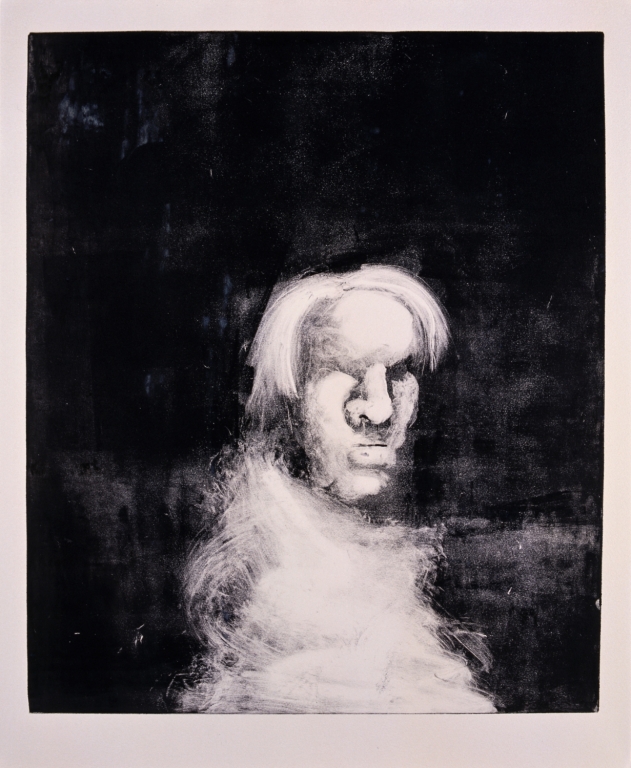 One of the first monotypes Chris Gollon ever made, which he produced at Glasgow Print Studio in 1996. This work has museum provenance, since it is displayed in the major museum retrospective CHRIS GOLLON: Beyond the Horizon, at Huddersfield Art Gallery (12th Oct 2019 - 04 Jan 2020). See our Events page for details, or on our gallery website the Exhibitions page. NB: this work also featured in the film FIREWALL, combining Gollon's imagery with a song by the Sleaford Mods, which is played in the museum exhibition and is now online (see our website for details).