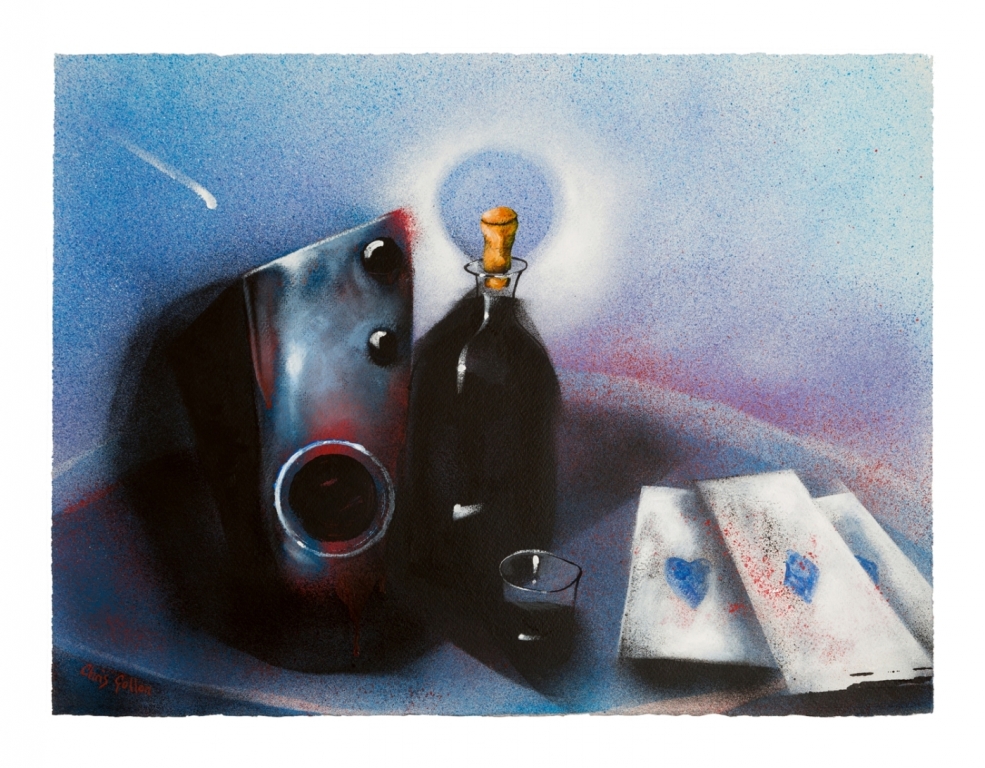 In early 2015, Chris Gollon (1953 - 2017) painted a series of 10 works on paper all entitled 'Last Radio Playing', as an experiment in colour. In this and each image from the series, he kept the same subject matter, and experimenting only with composition and colour, looking at the various combinations of colour contrasts, such as simultaneous contrast, saturation contrast and many others from Johannes Itten’s seminal book The Art of Colour. Gollon used all variations of the colour spheres and scales from Itten’s book in his series of 10 paintings. The title ‘Last Radio Playing’ comes from a Bob Dylan lyric in the song ‘Shooting Star’. This work also appears in the film installation: 'FIREWALL' (a collaboration with the Sleaford Mods).

London-born British artist Chris Gollon (1953 - 2017) was a very established and critically-acclaimed name in European painting, with many solo museum shows and museum acquisitions, including the British Museum. For further details on the recent books published on his work, public commissions, press coverage, visit the artist's official information website: chrisgollon.com. Holding his artistic estate, IAP Fine Art has exclusivity on Gollon's work, and we help collectors begin or expand their collections, and we also work with museums and cathedrals with regard to exhibitions and acquisitions.