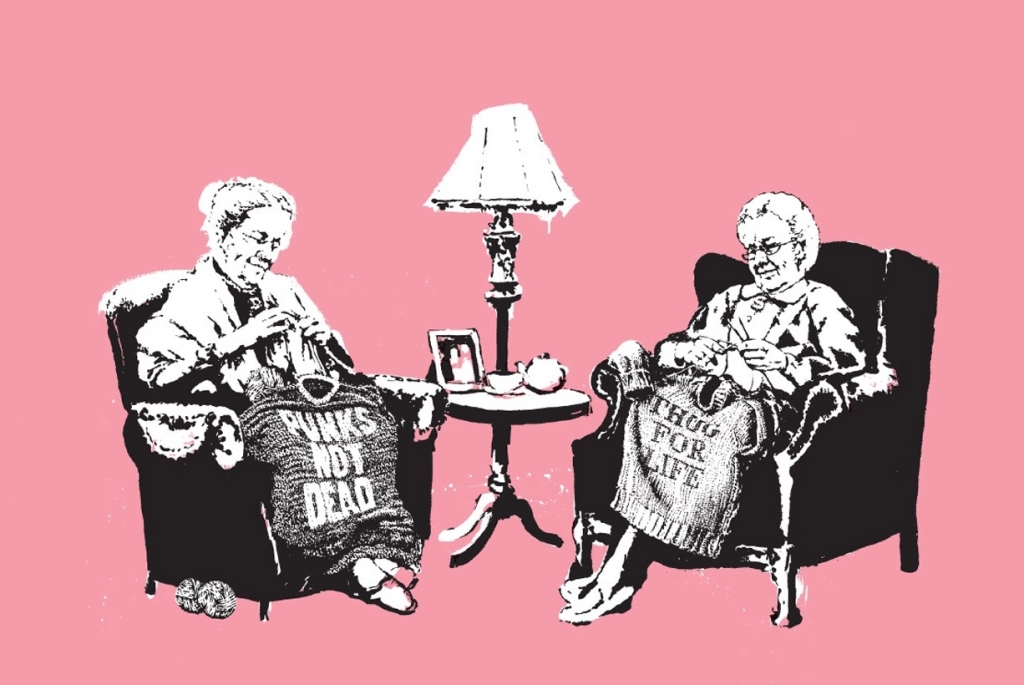 Since arriving on the Bristol underground art scene in the 1990s, Banksy–whose real identity remains a mystery–has been behind some of the most audacious and witty guerilla art around the globe. Getting his start in tagged graffiti, the British artist quickly adopted his signature graphic street art style where he spray paints stencils made digitally beforehand. His recurring subjects–rats, police, children–are often presented in ironic juxtapositions that critique political authority, consumerism, and terrorism. Sold on consignment.