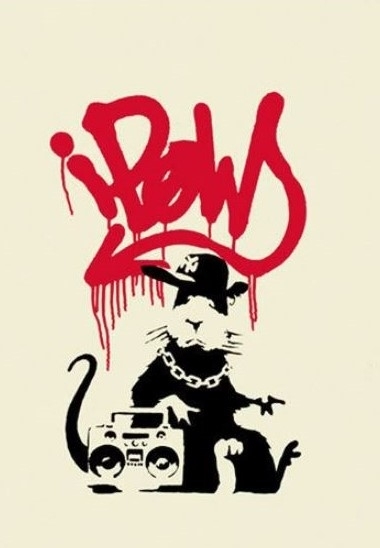 Banksy was the first UK graffiti artist to successfully straddle the divide between street and fine art. Having initially built his reputation on a series of high profile public stunts, such as installing his own painting into the Tate Museum, Banksy has become a worldwide phenomenon and the leader of the street art movement. He started making editioned prints in 2002 and created over 50 in an 8 year period. His wit, humour and message have connected with a large international audience and he has become one of the hottest and most important living contemporary artists in the world. 'Gangsta Rat' from 2004 was one of Banksy's earliest prints and has become increasingly rare.

Please note: this work is sold on consignment.

Not You Again
John Crash Matos