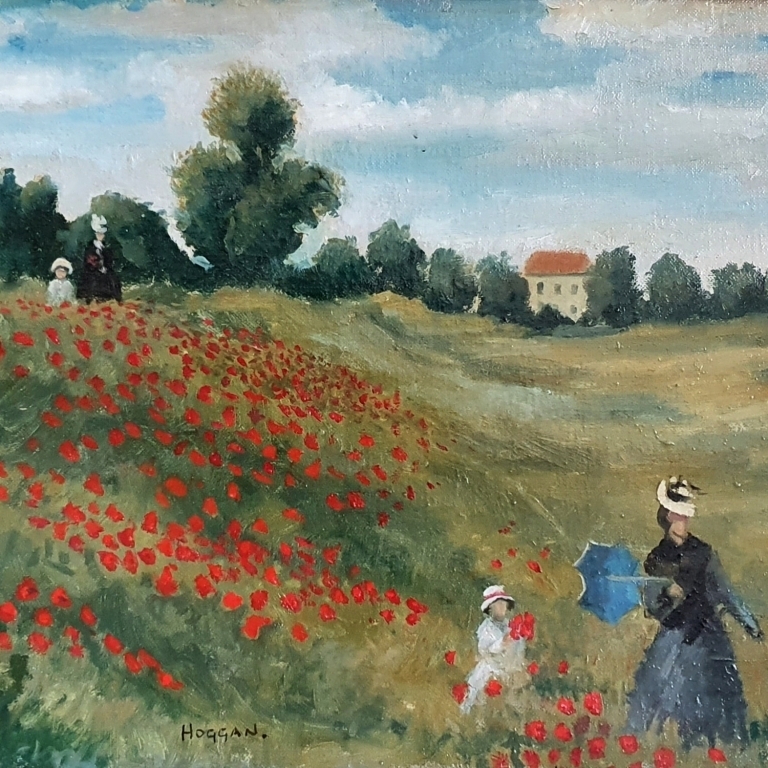 Monet’s Poppy Fields is famously the very first painting by Jack Vettriano and is uniquely mentioned in the artist's biographies when discussing how he first got into painting. Poppy Fields was originally in the possession of Vettriano's former wife until she gave the painting to a friend long before Vettriano was well known. The painting was subsequently kept underneath the friend’s “sofa” until' it came onto the open market in 2005, after The Singing Butler’s record sale’s amount of three quarters of a million pounds hit the headlines.

Vettriano's Poppy Fields is a stunning piece and a great investment opportunity. Reasonable offers will be considered.

Other listings from Oakham Fine Art