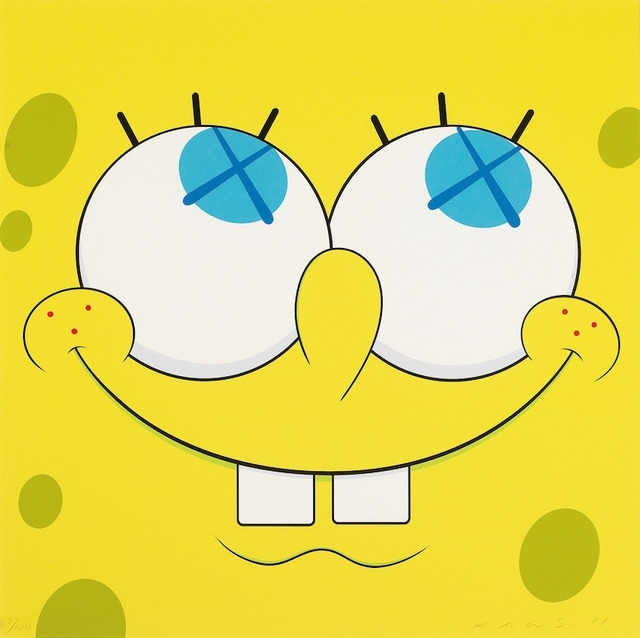 In November 2010, The Aldrich Contemporary Art Museum released this stunning KAWS print, in a signed and limited edition of 100. This represented one of KAWS first interpretations of Spongebob Squarepants and is one of his most popular images which has been revisited a number of times since.

The print was eventually released in three colourways - yellow, red and black with this yellow edition being the first release and closest to the cartoon character making it arguably the most sought after of the three. This work comes framed and with full provenance and original paperwork from the Aldrich Museum