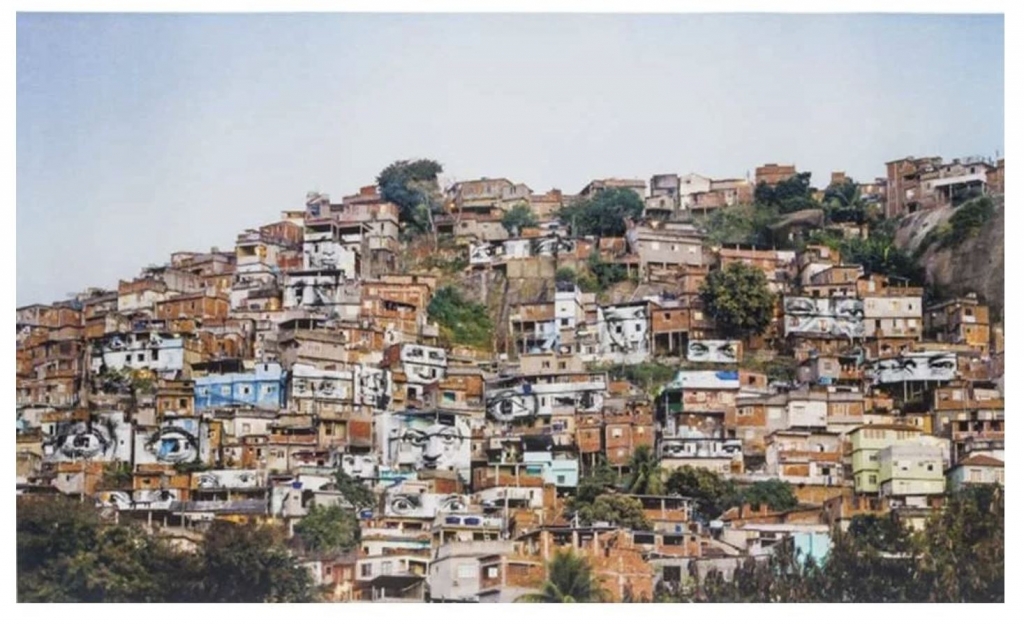 JR (b. 1983) is a contemporary French artist who describes himself as a "photograffeur" to indicate his affinity with street and graffiti art. Growing up in Paris as a teenager, JR began photographing scenes that explored social hierarchy, personal relationships, political issues, and cultural interactions. His chief subject is urban life, which he captures by way of video, screen print, and mixed media. In 2011, he was awarded a grant of $100,000 from TED (Technology, Entertainment, and Design). JR has exhibited at the Venice Biennale, and his work is held in the collections of the Tate Modern, London, England and the Elysée Museum, Vevey, Switzerland.