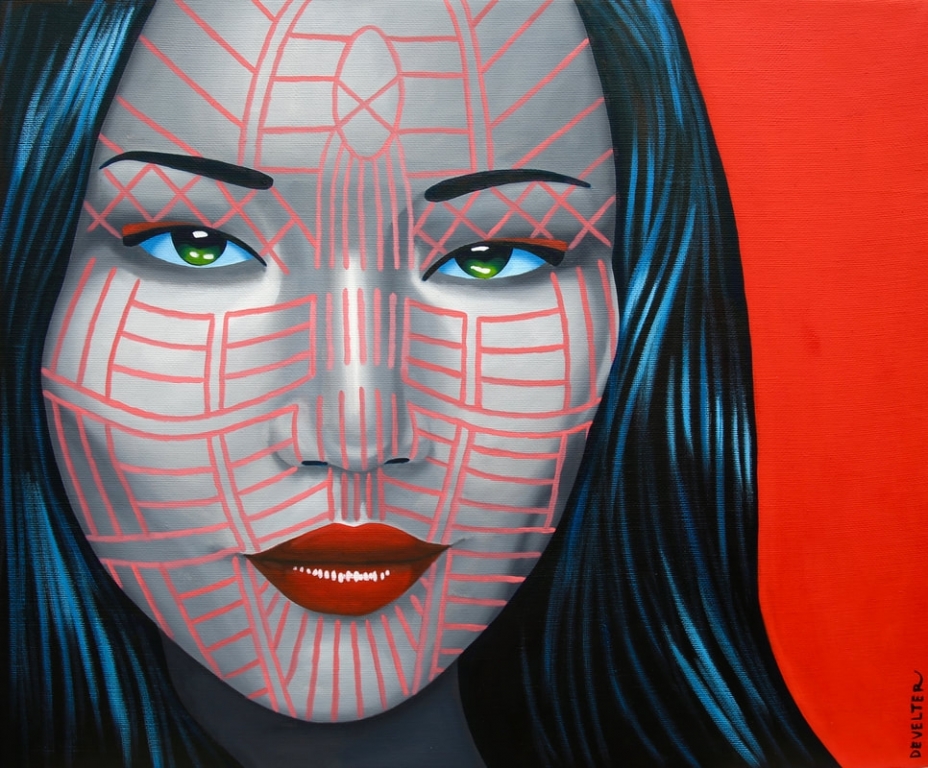 Shipped directly from the artist's studio and comes a with a certificate of authenticity.

The inspiration for this iconic body of work comes from the intricately tattooed faces of the Chin women located in the North-Western region of Myanmar. In 2012, Develter travelled this region extensively and visited the remote tribes of the Chin region, in which this series is entitled. Each painting from this series is named after a village or area within the Chin region. The concept behind the works being modern Asian face of today, overlayed with the tribal tattoos of where we have come from - grounding us back to our cultural roots and heritage, is what makes this bold contemporary series so iconic.
Develter’s world acclaimed works are housed in some of the most spectacular properties and art collections around the world including that of Royalty. His iconic works are also on permanent display in legendary hotels around the globe including the Copacabana Palace Hotel - Rio, the Mandarin Oriental - Bangkok, The Belmond D’Angkor – Siem Reap and The Raffles Grand Hotel - Angkor Wat.

Christian Develter is represented globally by his agent Curate International with a presence in London and Singapore.

Other listings from Christian Develter - Represented globally by Curate International