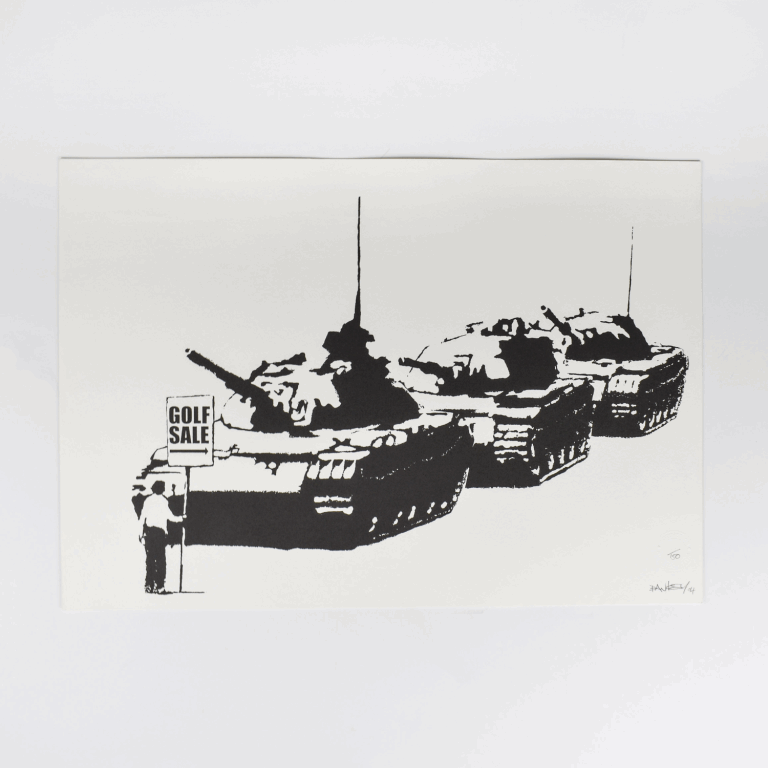 Banksy's Golf Sale is an early icon that was released in an edition of 750, with 150 signed prints and 600 unsigned prints. Golf Sale adapts an infamous photograph of a Chinese protestor at Tiananmen Square, the student-led protest movement in 1989 and transforms this iconic symbol of political protest into a satire by replacing the slogan of the picket sign that the protester holds with the words “Golf Sale” and an arrow pointing to a place outside of the picture plane.

Signed and numbered, embossed with POW.