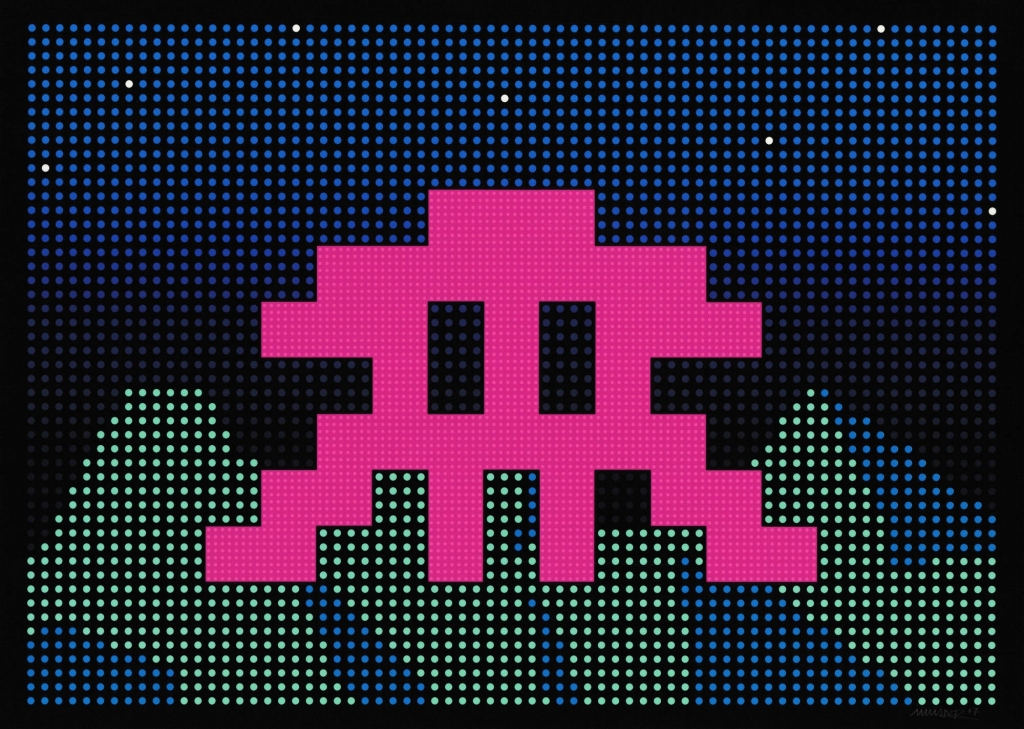 Invader is a French urban artist most widely known for his ceramic tile mosaics which hark back to pixelated game graphics from the '70s and '80s, the most recognisable being the 1978 arcade game, Space Invaders. This was the inspiration for the self-appointed pseudonym and since 1998, Invader has run a project called Space Invaders, whereby he 'invades' densely populated urban areas with up to 50 mosaics over a period of time. He lives by the philosophy, "Anytime, Anywhere"