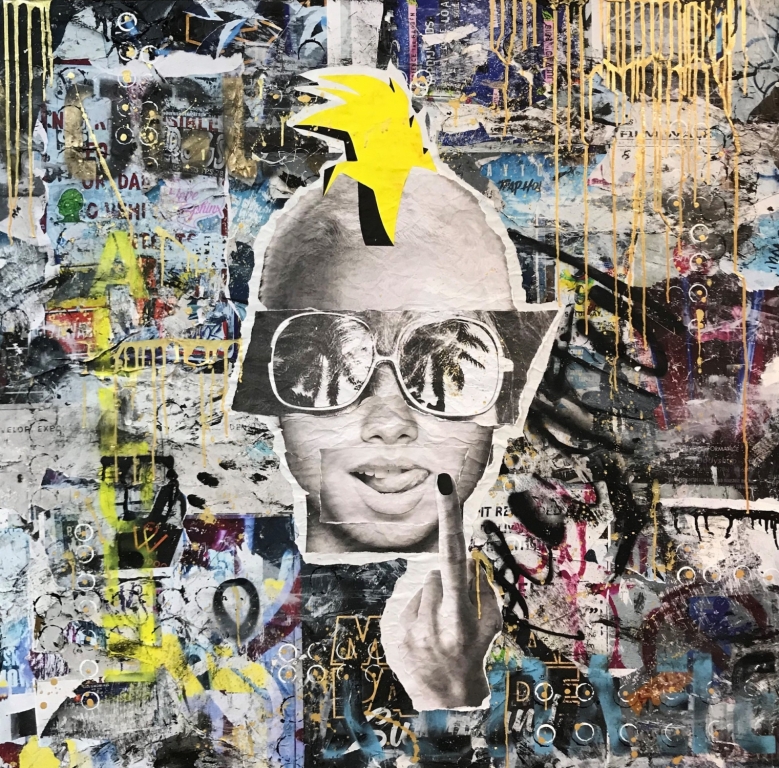 Good To Know: Artwork is shipped directly from the artist's studio, accompanied by the original concept sketch, CoA (Cert. of Authenticity) issued by the artist.

Lena’s path to iconhood began in the pages of Playboy. In 1972, at the age of 21, she appeared as Miss November, wearing nothing but a feathered sun hat, boots, stockings, and a pink boa. At her suggestion, the editors spelled her first name with an extra “n, ” to encourage proper pronunciation. “I didn’t want to be called Leena, ” she explained.

About six months later, a copy of the issue turned up at the University of Southern California’s Signal and Image Processing Institute, where Alexander Sawchuk and his team happened to be looking for a new photograph against which to test their latest compression algorithm - the math that would make unwieldy image files manageable. Lena’s glossy centerfold, with its complex mixture of colors and textures, was the perfect candidate. They tore off the top third of the spread, ran it through a set of analog-to-digital converters, and saved the resulting 512-line scan to their Hewlett-Packard 2100.

The USC team proudly handed out copies to lab visitors, and soon the image of the young model looking coquettishly over her bare shoulder became an industry standard, replicated and reanalyzed billions of times as what we now know as the JPEG came into being. According to James Hutchinson, an editor at the University of Illinois College of Engineering, Lena was for engineers “something like what Rita Hayworth was for US soldiers in the trenches of World War II.”

Because of the ubiquity of her Playboy photo scan, Lena has been called the "first lady of the internet".