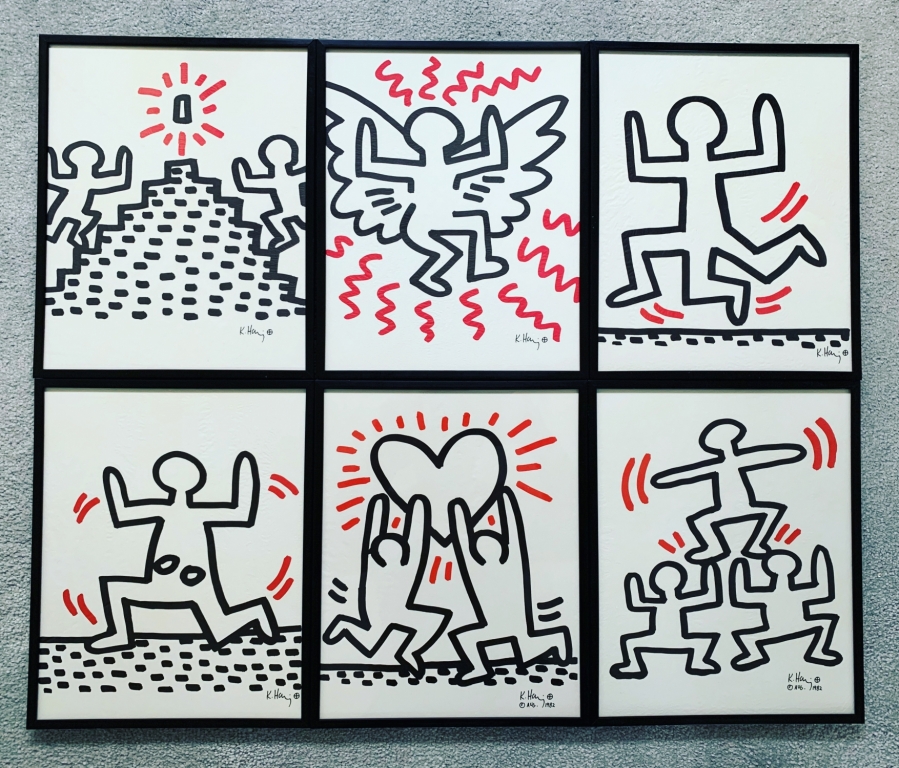 The Bayer Suite is a set of six offset lithographs in colours published in 1982 and created in Keith Haring's trademark linear style. Haring was commissioned to create this suite of prints by the board members of Bayer AG on the occasion of the release of the heart medication, Sali-Adalat and the series consists of a range of motifs on the theme of movement and the heart. Across the series, Haring limits his colour palette to black, red and white, producing a highly simplified and stylised set of works which look fantastic as a series.

There were 70 un-numbered sets in total with printed signatures as seen here (with an additional 5 sets signed by the artist for the directors of the company). As such, complete sets of these rarely come up for sale and are exceptionally difficult to source in this condition.

A set of these sold at Bonhams in London in November 2021 for £17,750 including Buyers Premium - a record for the set at auction.

Love is What you Want
Tracey Emin

A Little Flower Painting: Pink, Purple and Many Other Colors
Takashi Murakami