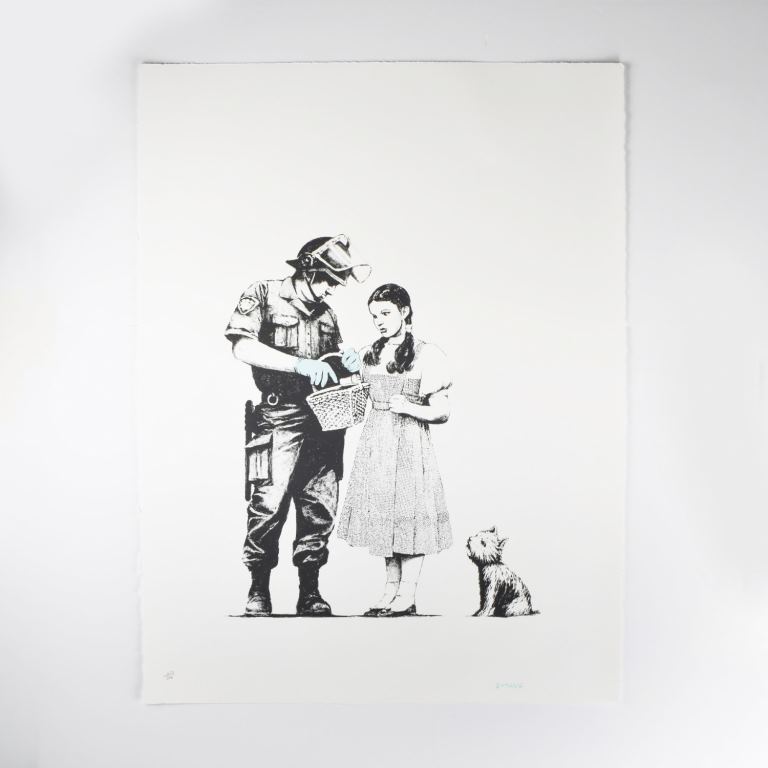 Signed in blue pencil, edition in pencil and blindstamped.