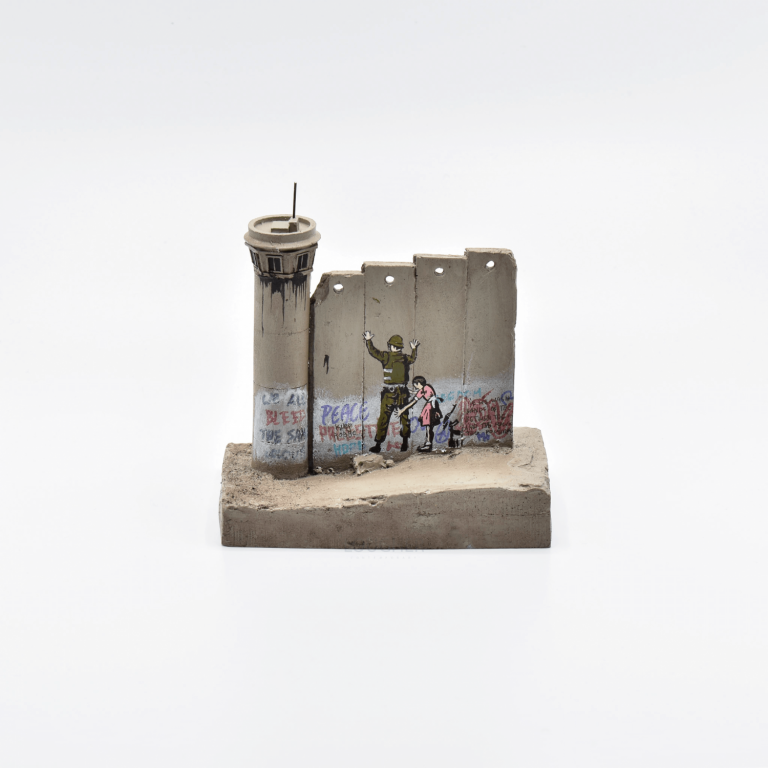 Banksy was the first UK graffiti artist to successfully straddle the divide between street and fine art. Having initially built his reputation on a series of high profile public stunts, such as installing his own painting into the Tate Museum, Banksy has become a worldwide phenomenon and the leader of the street art movement. He started making editioned prints in 2002 and created over 50 in an 8 year period. His wit, humour and message have connected with a large international audience and he has become one of the hottest and most important living contemporary artists in the world. Banksy’s Walled Off Hotel in the Palestinian territories is a continuation of the artist’s interest in the region, first ignited when he graffitied the West Bank barrier in 2004. The provocateur recently opened a gift shop to sell customized souvenirs relating to the locale and tense political situation. This distressed, demolished and defeated sculpture was hand-painted by local crafts people who graced the wall over the years.

New, as issued; some imperfections may exist given the nature of the material.

Unsigned and marked with a unique reference number on the underside. Issued with a WOH receipt.