Forgive Us Our Trespassing 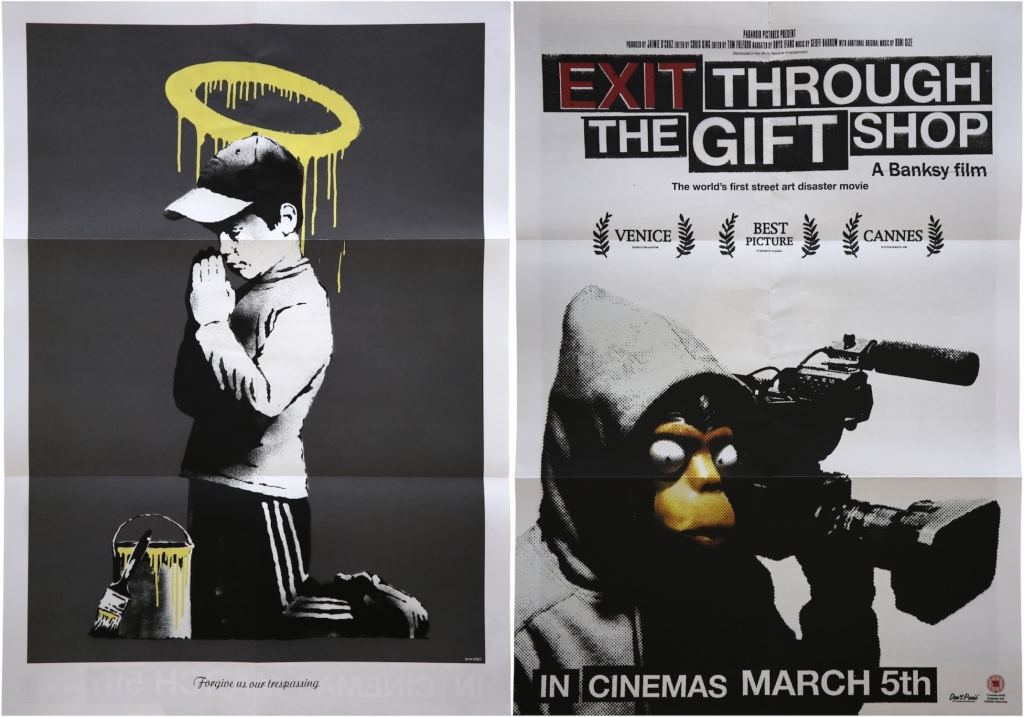 Medium: Offset lithograph printed in colours on both sides, stamped "Banksy” on bottom right of the recto image.

Arty-Fact: "Forgive Us Our Trespassing" originally appeared on a wall in Salt Lake City, Utah. In 2010, the image was distributed as a poster through Don't Panic to coincide with the release of "Exit Through the Gift Shop: A Banksy Film".

The mockumentary tells the story of Thierry Guetta, a French immigrant in Los Angeles, and his obsession with street art. The film charts Guetta's constant documenting of his every waking moment on film, from a chance encounter with his cousin, the artist Invader; to his introduction to a host of street artists with a focus on Shepard Fairey and Banksy, whose anonymity is preserved by obscuring his face and altering his voice; to Guetta's eventual fame as a street artist himself (aka Mr. Brainwash).

Save or Delete (Greenpeace Print)
Banksy