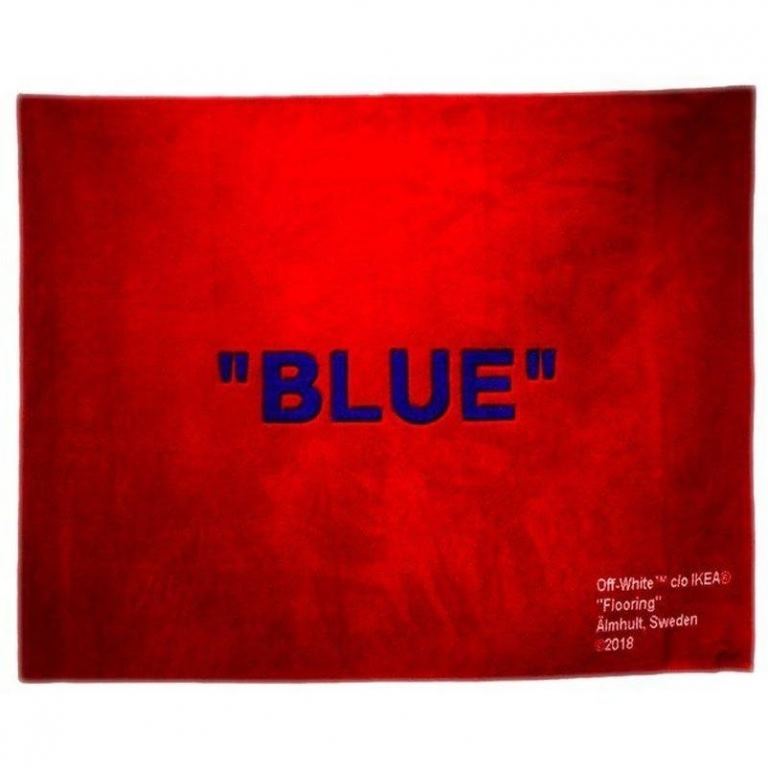 Notes: Originally announced in 2017, the release of Virgil Abloh's Ikea collection was delayed for some time. At Paris Fashion Week, during the Fall of 2018, several of the rugs would be released in very limited quantities and sell out almost immediately. Among these was the "BLUE" Rug, which features the word "BLUE" between Virgil's signature quotation marks on a red background.

This rug was released on September 29th 2018 and sold out immediately.