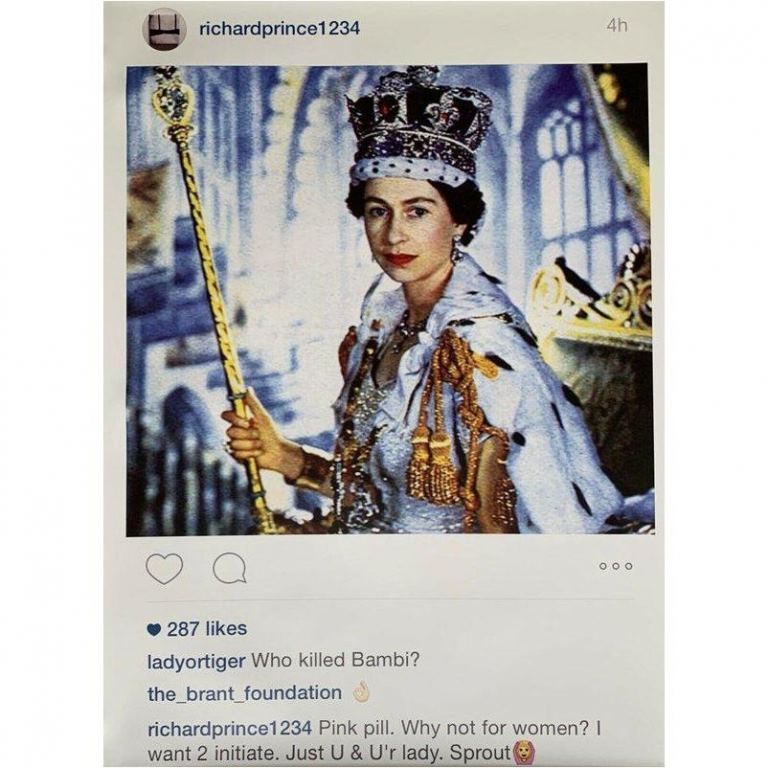 Notes: In the “New Portrait” series, which Prince has been showing since 2014, the artist depicts blown-up portraits of people the artist found scrolling through Instagram.

“Sometimes I look for photos that are straightforward portraits…Other times I look for photos that would only appear, or better still…exist on Instagram. Photos that look the way they do because they’re on the gram. Selfies? Not really. Self-portraits. I’m not interested in abbreviation. I look for portraits that are upside down, sideways, at arm’s length, taken within the space that a body can hold a camera phone. What did de Kooning say? ‘When I spread my arms out, it’s all the space I need.’”

This particular piece depicts Queen Elizabeth II, and was released in 2015 at the Gagosian Gallery (London). It is believed that 500 of these were produced.