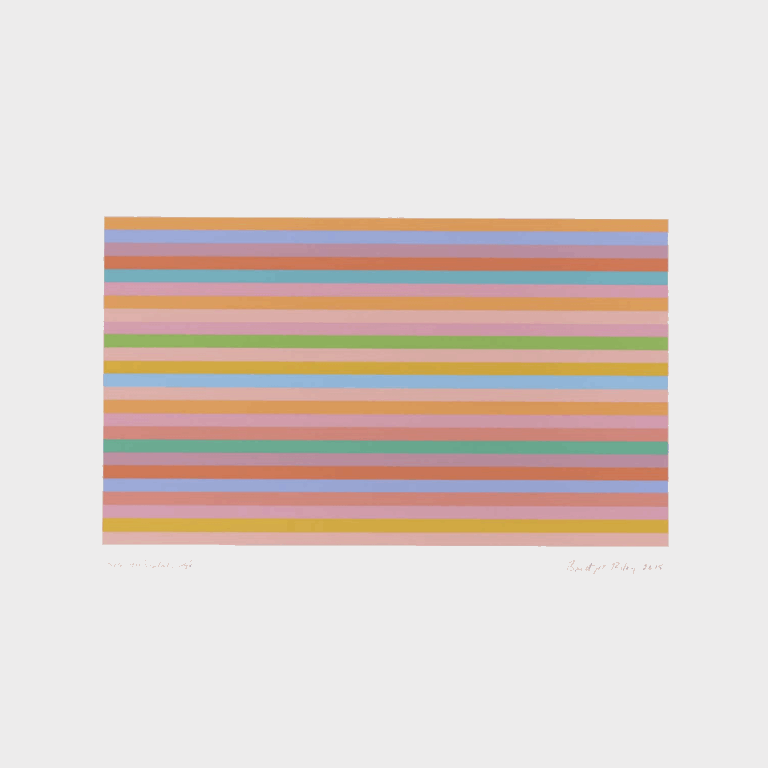 Bridget Riley is an abstract painter who came to prominence in the American Op Art movement of the 1960s, after her inclusion in the 1965 exhibition “The Responsive Eye” at The Museum of Modern Art. There, her black-and-white paintings—which created illusions of movement—were shown alongside works by Victor Vasarely, Richard Anuszkiewicz, Frank Stella, and Ellsworth Kelly, among others. In the late '60s, she introduced color into her work and went on to win the Prize for Painting at the 1968 Venice Biennale. Since then her work has unfolded through numerous groups and series that engage the viewers' perception to induce simultaneously shifting patterns of forms and changing, optical mixtures of colors. Over the past decade, she has also made large, black-and-white murals that shape and articulate the environments they occupy. Her work is ultimately inspired by nature—“although in completely different terms, ” she says, adding, “For me nature is not landscape, but the dynamism of visual forces—an event rather than an appearance.”

Framed - With UV-protected Plexiglas. In a white painted wooden frame. Acid-free conservation type as is typical. In pristine condition. Not inspected out of the frame.

Signed, titled, dated and numbered in pencil from the edition of 75 recto