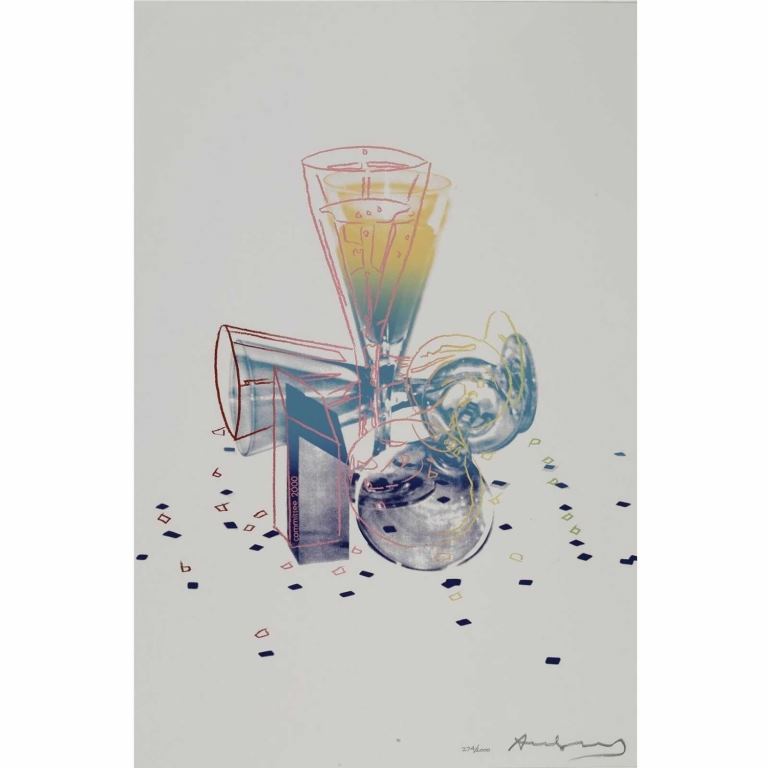 Warhol was commissioned by The Committee 2000 to create a piece that would be used for an upcoming fundraiser to raise money for future projects.

Produced in 1982, Committee 2000 is an example of Andy Warhol's modern take on the traditional still life genre. The brilliant blue, purple and vibrant hot pink colouring of the piece establishes an extraordinary composition. The highly saturated colors are minimal in this particular print and the exaggerated outlines of the subject matter imply a sense of movement. It is almost as if the glass had just tipped over with the other two perilously wobbling. The print evokes themes of glamour and excess that were so commonly associated with Warhol’s life at The Factory and Studio 54.

Live Everyday Like your Hair is on Fire
Charming Baker