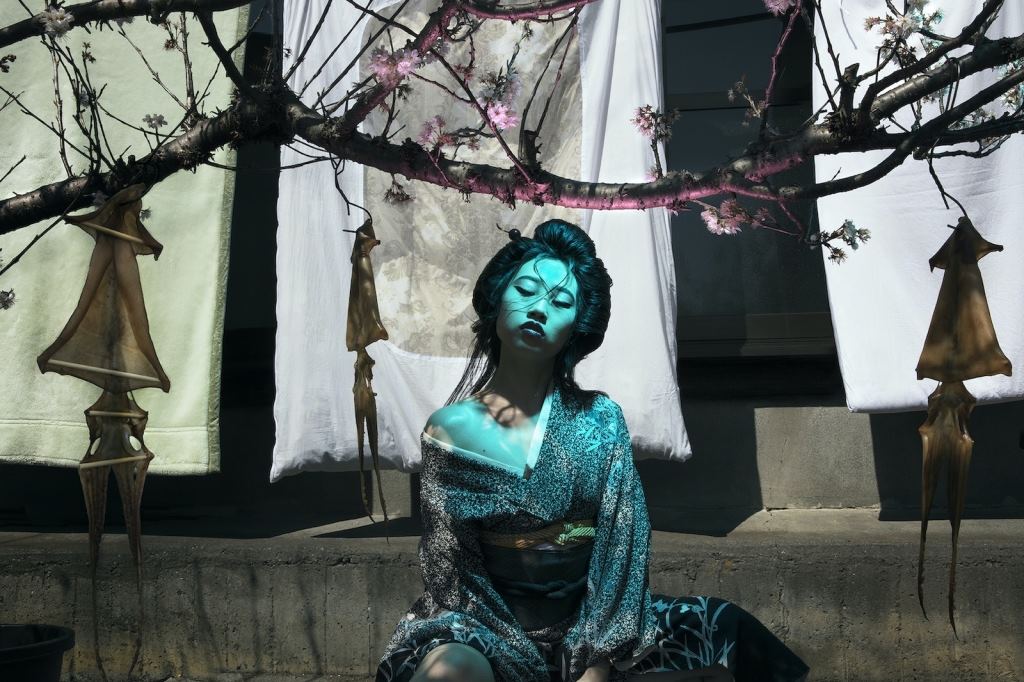 Arty-Fact: In winter of 2018 through spring of 2019, Formento & Formento returned to Japan but focused on channeling the artist Hokusai and asked what Mt. Fuji meant to them.

They consider Japan their spirit place and are always yearning to come back and go deeper in exploring the culture and the landscape.

This body of work [36] moved the duo out of the city of Tokyo and into the countryside. They wanted to live under the ever-changing appearance of Mt. Fuji and experience its burning energy. The series sought to portray an ambiguous narrative using female models to play out an imagined life under the strength of the mountain and beyond the edge of the frame.

Girl with a Glass
Vladimir Clavijo-Telepnev

Revenge Of The Vixens
Formento & Formento