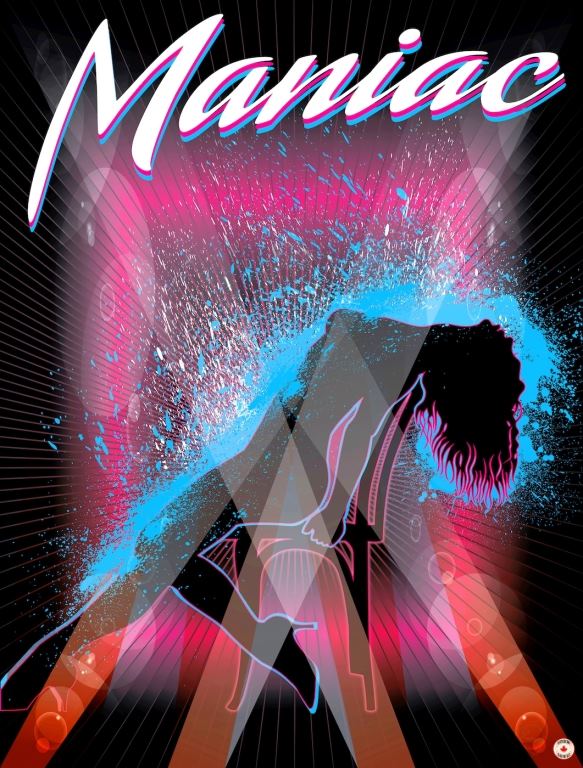 Arty-Fact: Maniac is inspired by the surprise box-office success, Flashdance. The film, which opened to negative reviews by professional critics became the third-highest-grossing film of 1983 in the US. Worldwide, it grossed over USD 200 million.

The soundtrack, compiled by Giorgio Moroder, spawned several hit songs, including Maniac and the Academy Award-winning Flashdance… What A Feeling.