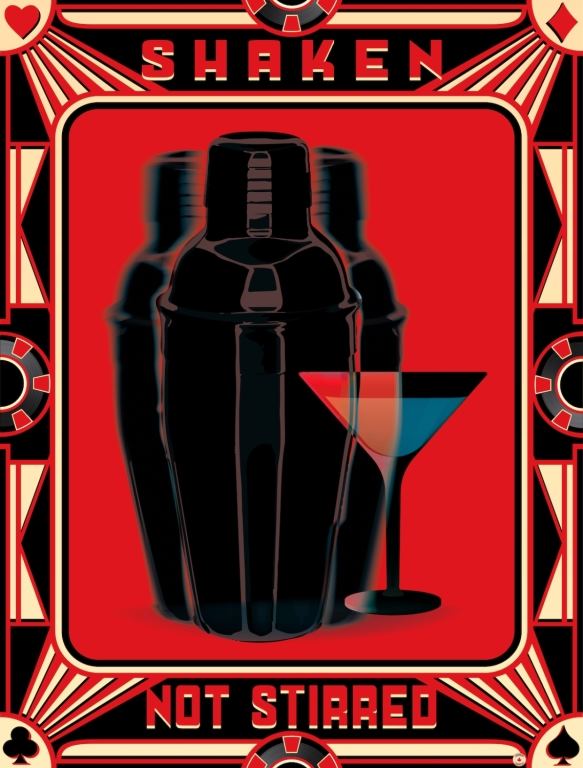 Arty-Fact: The catchphrase first appears in the novel Diamonds Are Forever (1956), though Bond himself does not actually say it until Dr. No (1958), where his exact words are "shaken and not stirred." In the film adaptations of Fleming's novels, the phrase is first uttered by the villain, Dr. Julius No, when he offers the drink in Dr. No (1962), and it is not uttered by Bond himself (played by Sean Connery) until Goldfinger (1964). It is used in numerous Bond films thereafter with the notable exceptions of You Only Live Twice (1967), in which the drink is wrongly offered as "stirred, not shaken", to Bond's response "Perfect", and Casino Royale (2006) in which Bond, after losing millions of dollars in a game of poker, is asked if he wants his martini shaken or stirred and snaps, "Do I look like I give a damn?" (Source: Wikipedia.org)

The sky fell when 007 rebelled and drank a Heineken in Skyfall.