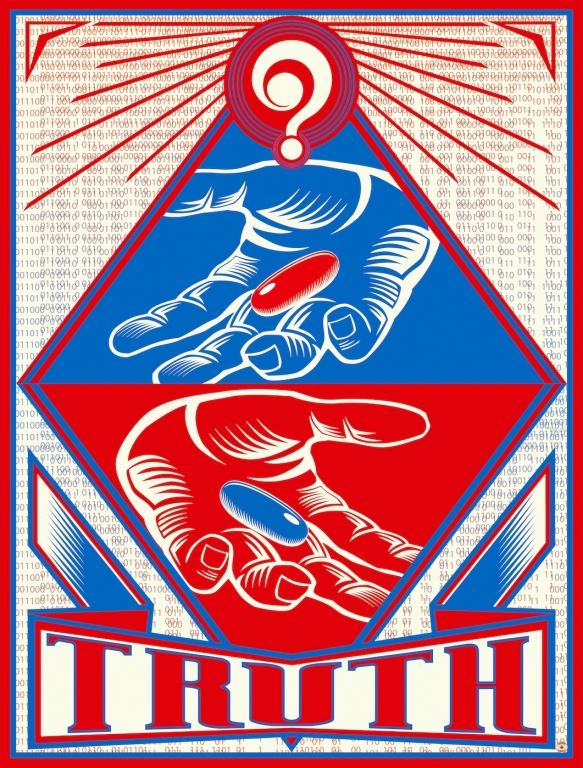 Arty-Fact: Entertainment Weekly called The Matrix "the most influential action movie of the generation."

Truth is an homage to the now classic scene where Morpheus says to Neo, “This is your last chance. After this there is no turning back. You take the blue pill, the story ends. You wake up in your bed and believe whatever you want to. You take the red pill, you stay in Wonderland, and I show you how deep the rabbit hole goes. Remember, all I'm offering is the truth. Nothing more.”

Truth: The group of green characters that appear on the screen in the opening sequence of the film is meant to look like computer code. In a 2017 interview with CNET, Simon Whiteley, the visual-effects supervisor for the movie, said that the mysterious code is actually a combination of reversed characters and numbers that he scanned from his wife’s Japanese cookbooks (Source: insider.com).