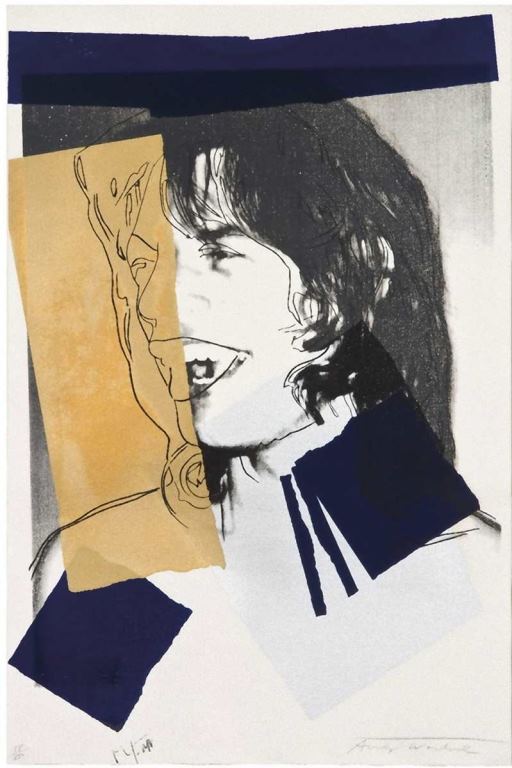 MICK JAGGER 142
Mick Jagger 142 was painted while Warhol was at the height of his fame. Warhol spent a lot of time with Jagger and his wife Bianca. He was was closest to their Jagger’s daughter, Jade, whom Andy taught how to paint. He produced this screenprint of Mick Jagger as part of a portfolio of 10 in 1975.