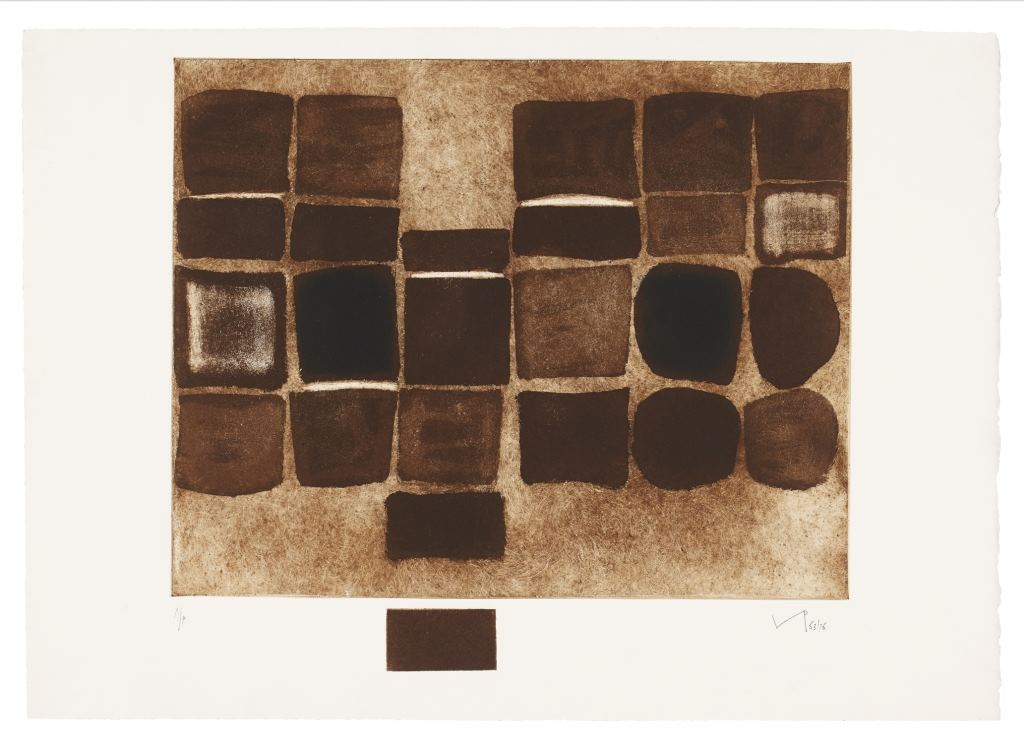 Square Development (1953 -1975), 1975, by Victor Pasmore
Hand-coloured etching with aquatint. Signed and dated 53/75 bottom right in pencil and inscribed A/P bottom left. Artist’s proof aside from the edition of 55. Unframed.

Victor Pasmore CH CBE (1908 - 1998) was a British artist who was a pioneer of abstract painting in England in the 1940s and 1950s. Pasmore studied painting at the Central School of Arts and Crafts, London, where he painted views of the Thames inspired by Turner and Whistler. As a teacher himself he eventually became Director of Painting at the Camberwell School of Art and Crafts in London.

Around 1947, under the influence of the artist Ben Nicholson he began to produce his first abstract paintings. His muted green and blue works were some of the most revolutionary paintings in Britain at the time. “I felt the picture has to be an independent object in its own right, not a representation of another object, ” the artist once said. In a noted controversy, Pasmore was appointed as a design consultant for the town of Peterlee, where he had a Modernist structure built called ‘The Apollo Pavilion’ (1955), much to the disdain of its citizens.

In 2016, “Victor Pasmore Towards a New Reality” opened to critical acclaim at Djanogly Gallery in Nottingham, United Kingdom. Today, his works are in included in the collections of The Museum of Modern Art in New York, the Yale Center for British Art in New Haven, and the Tate Gallery in London.

Along the East River
Sean Hurley