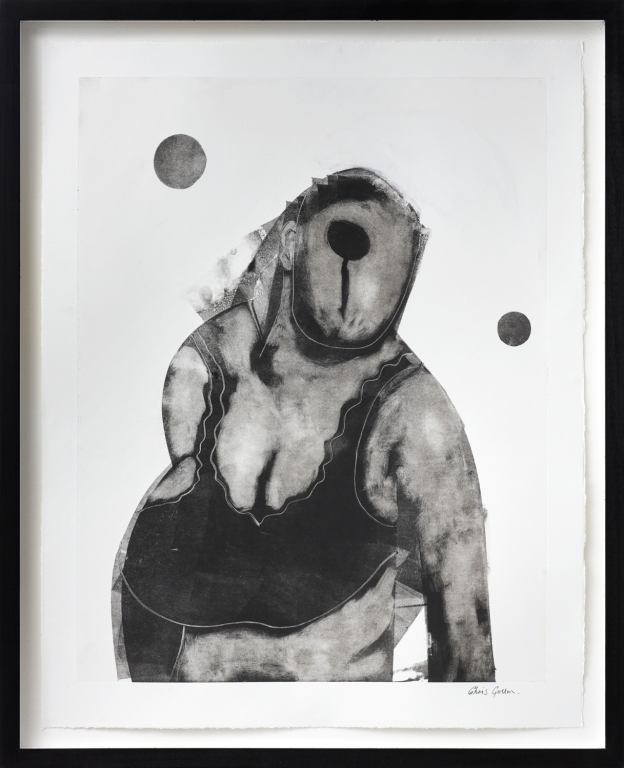 Chris Gollon enjoyed the reverse process of making monotypes, which are one-off unique prints. It is the ink the artist removes that makes the image, and Gollon invented some of his own methods to do this. He often took the unusual decision not to ink the whole plate, so it is more as though his figures appear in the spaces they have created, making them more intimate and real. Most are now in private collections or museums. Some appear in the last frames of the film FIREWALL (2019), a collaboration with the Sleaford Mods.

Always innovating, his monotype-making was like watching a musician jamming. In fact, he called a 2007 series the Basement Tapes, after Bob Dylan, and a film exists of Chris Gollon innovatively making monotypes: Basement Tapes (2007). It is easy to see the superb use of a printmakers’ roller, the careful lines of ink removal with rags or cotton buds, and the skilful ink dispersal via a solvent spray. This work comes from a three day period in 2010 at the Goldmark Atelier, when remarkably, Chris Gollon produced 30 monotypes. They were the last he ever made.