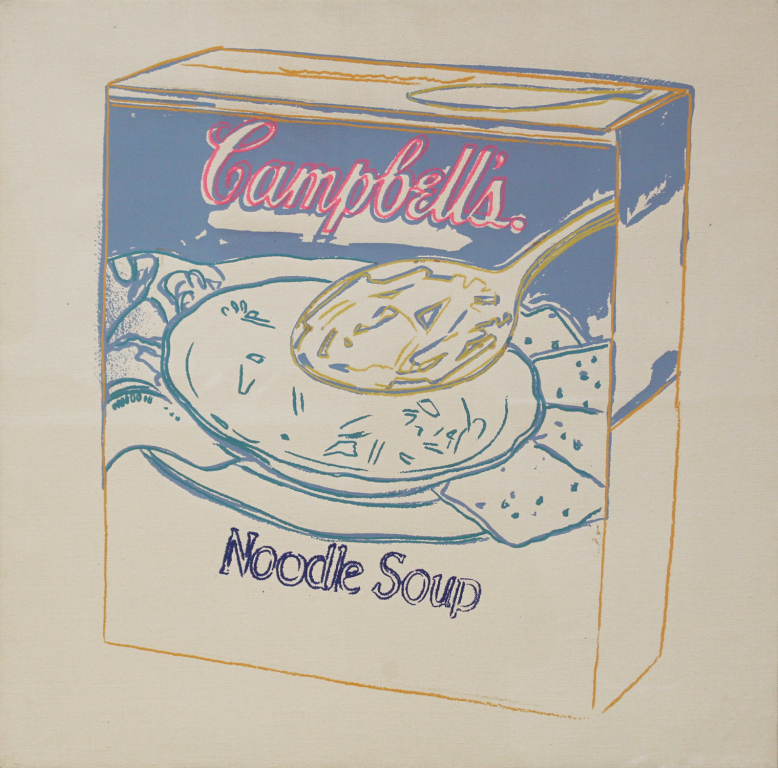 After all this time, Andy Warhol’s Campbell’s Soup Box: Noodle Soup is still a revelation. In fact, it now stands for even more. When Warhol first came out with the soup box series, people thought he had gone insane and his insanity would let cause him to wiggle away from the contemporary art scene. This would have been true if the contemporary art scene itself were not evolving. But, it can be said without much doubt that Warhol was not just a part of this great metamorphosis, but also the architect of it. The main argument that the critics of Andy Warhol’s Campbell’s Soup Box: Noodle Soup, had was that this was not art. But art itself had become more sophisticated, art represented far more than what was depicted on the paper. It was the man behind the painting and the idea behind that man that created the art. The idea that something so ordinary had so much magic as to be lionized by Warhol, was not just a statement of the object in question, but also a larger commentary on society.