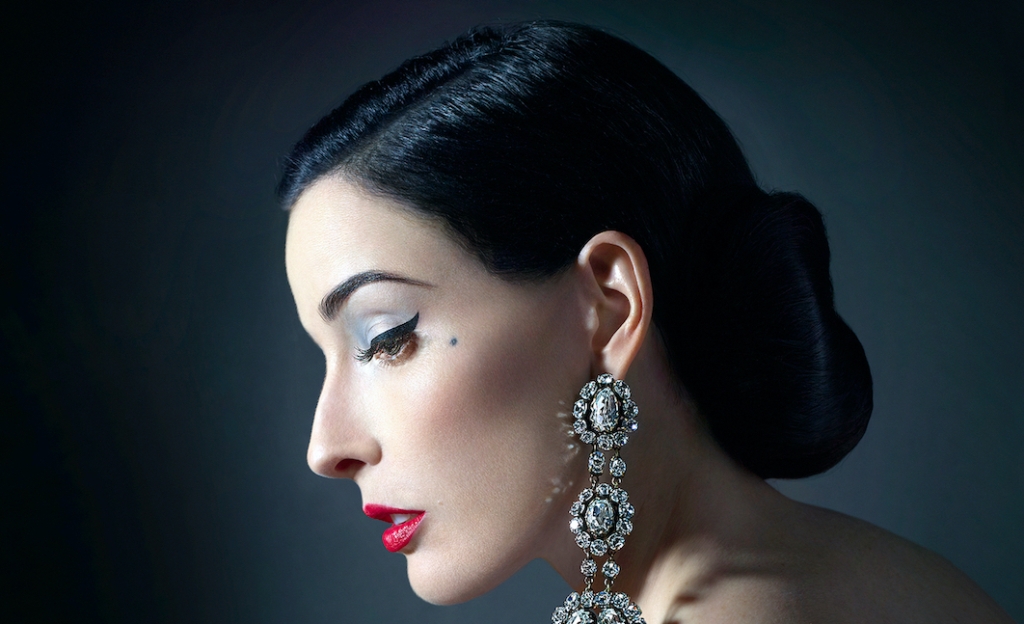 In a world of celebrities, it's hard to stand out. But when you pair Dita, the Queen of Burlesque, with Markus Klinko, you get a dynamic duo that turns heads. Markus, who is known for his bold and daring approach to photography, and Dita, who is the perfect subject for his unique style, created magic. In what are undoubtedly some of the most iconic and memorable photoshoots of our time, Dita and Markus produced sensual and empowering images, capturing Dita's true essence.

Performing striptease since 1992, she is the biggest name in burlesque in the world since Gypsy Rose Lee and is credited with bringing the art form back into the spotlight with a new sense of elegance and sophistication, earning the moniker “Queen of Burlesque”.

In addition to her burlesque shows, Dita is a self-styled fashion icon and muse, topping best-dressed lists all over the world, and voted onto Vanity Fair’s International Best Dressed List twice.

Dita has been empowering women for years by showcasing ‘diversity in beauty’ in her shows. She has always advocated for body positivity and self-acceptance.

“I say, enhance what others might deem less than wow and make that your beauty mark.” ~ Dita Von Teese

When asked about his photoshoots with Dita, Markus commented,

“I was thrilled to work with Dita, burlesque star and international pop icon, because of her cool, confident attitude and her innate taste and style. She was one of the most well-informed subjects I ever worked with - about photography, lighting, and in particular, what would work for her.

"It doesn’t get any better than Dita. She was stunning.”