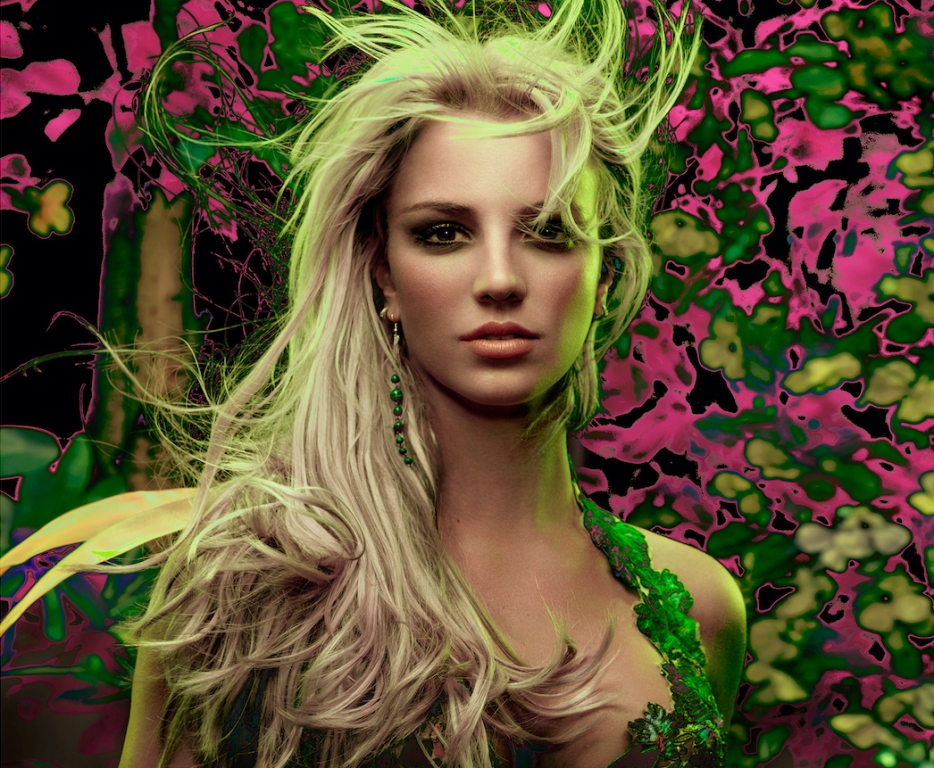 Markus Klinko is a fashion and celebrity photographer known for his high-profile celebrity shoots. In 2004, he photographed pop superstar Britney Spears. Markus' photos immortalised her as the stunning force of nature that she has become. In these shots, she is a goddess, a beautiful creature out of mythology.

The photo session with Britney was for a campaign to promote her Onyx Hotel Tour, in conjunction with the release of the pop star's album In The Zone. The Onyx Hotel Tour was the fifth concert tour by the American entertainer. The tour was divided into seven segments: 'Check-In', 'Mystic Lounge', 'Mystic Garden', 'The Onyx Zone', 'Security Cameras', 'Club' and the 'Encore'. 'Check-In' displayed performances with dance and advanced in the hotel theme. 'Mystic Lounge' featured an homage to Cabaret and other musicals, while remixing some of Britney's early hits. 'Mystic Garden' displayed a jungle-inspired stage. 'The Onyx Zone' displayed a ballad performance with acrobats. 'Security Cameras' was the raciest part of the show, with Britney and her dancers emulating different sexual practices. 'Club' displayed a performance with urban influences. The 'Encore' consisted of a system malfunction interlude with Britney performing in a red ensemble. Images from the photoshoot with Markus were used in the Concert Tour Programme.

Britney had clear ideas of what she wanted - a dark, magical world with inspirations including enchanted gardens, jazz clubs, ice castles and haunted bedrooms. “Britney was just so personable and she had a lot of the ideas for the images. It was one of the loveliest experiences,” commented Markus.

At the time, Britney sought a break from her good-girl image. Markus' photos of the star immortalised her as the stunning force of nature that she has become. In these shots, she is a goddess, a beautiful creature out of mythology.

he shoot was incredibly successful. Markus' images were used to promote The Onyx Hotel Tour and on Britney's album cover for the universally acclaimed song 'Everytime'.

Images from the shoot were later used for numerous magazine covers, such as Vanity Fair. Beauty giant Elizabeth Arden also licensed pictures and used them to advertise two of Britney's fragrances - 'Fantasy' and 'Midnight Fantasy'.

It was the highest-grossing merchandising campaign for a female pop star at the time - and one of Markus' most successful shoots.

Welcome...Once you check in, you can't check out!