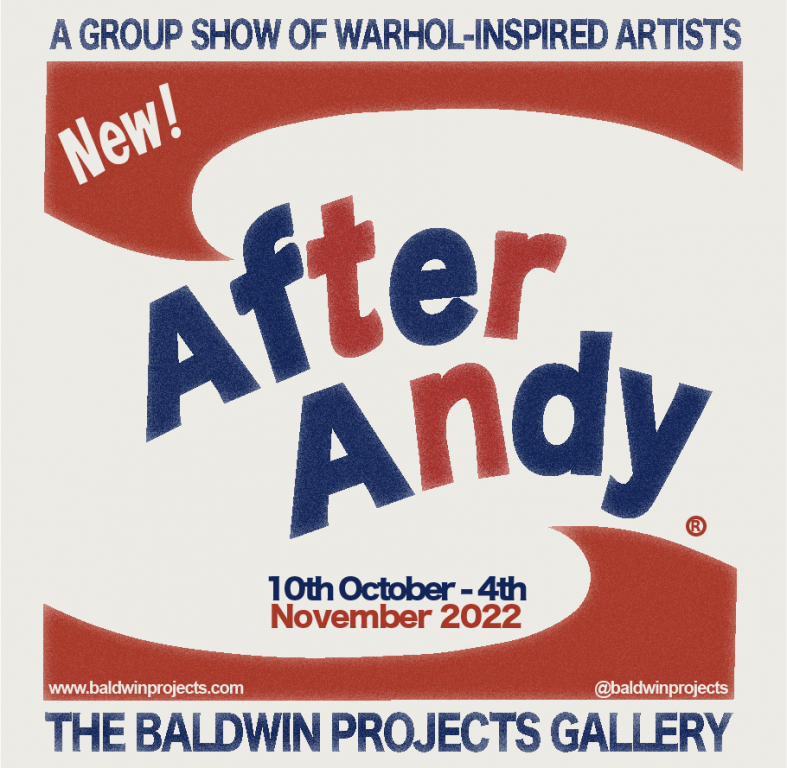 The Baldwin Projects Gallery is pleased to present 'After Andy’, a group show inspired by the lasting effects of Andy Warhol’s role as the leader of the 1960s pop-art movement.

The show stands as a celebration of the long enduring Warholian sprit so clearly alive amongst a number of subsequent artistic movements.
Opening October 2022, the exhibition examines and evaluates the intricate relationship between art and consumerism that Warhol identified and so tirelessly celebrated.
Whilst Warhol’s output was perhaps the first cohesive body of work to celebrate of one of the greatest societal inventions of the 20th century (that being the democratisation of culture), as the dissemination of popular culture has continued over time it is clear that the Warholian spirit remains alive and well within a number of contemporary artists operating today.