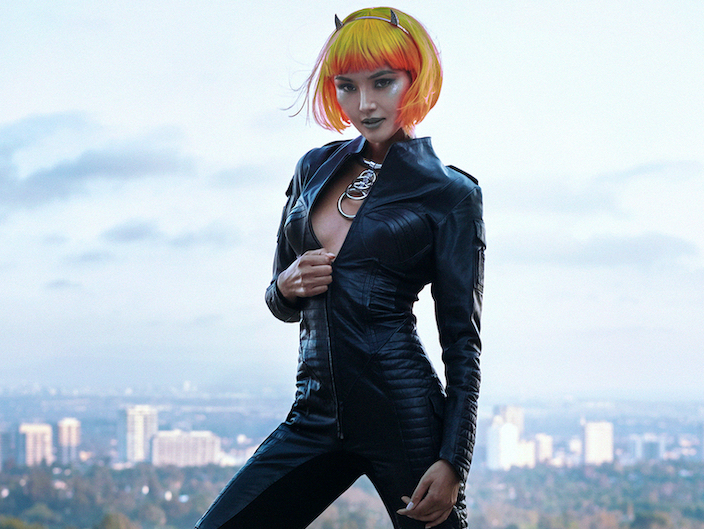 Markus Klinko is an award-winning international fashion/celebrity photographer and director who has worked with many of today's most iconic film, music and fashion stars.

"Markus' work has helped me feel free and confident to express my 'real self' and perform in front of the camera." ~ Soo Yeon Lee

Born on May 22, 1984, in Busan (South Korea), Soo Yeon Lee is an international ping-pong champion, model, actress and entrepreneur. She was also voted "sexiest sportswoman on the planet" by American Playboy.

After winning dozens of tournaments, including the US Open in table tennis in 2007, she moved to Hollywood to study Physical Education at UCLA. She was soon "scouted" by the fashion industry and became a model and actress, but she never gave up on her first passion - ping pong. Soo merged all her passions into one and became an ambassador for the Spin Club, whose first establishment was opened by Susan Sarandon in New York and which offers "social ping-pong".

"Ping-pong is a sport where you can really have fun, and play against anyone, regardless of gender or age, or look, and you can also keep your high talents and long dresses... Everyone plays it, from Obama to Justin Bieber and NBA players. It's really unifying and quite sexy because of its lightness."

"I knew his work before I met him and thought he was an amazing photographer and artist. When David Swaelens-Kane asked me to go on vacation in Los Angeles he also asked whether I was interested in appearing in French Playboy. My first question was: 'Who will be the photographer?' When he mentioned Markus, I had no hesitation in saying yes. I've never done a revealing photoshoot like this. I knew I could trust his beautifully powerful and artistic imagery. He was amazing to work with and made me feel very comfortable being myself. He was extremely well prepared and shared his vision of the character he wanted me to play. It was very different from what I had planned, but I really liked the concept and had a lot of fun during the filming.

"He is obviously an incredible visionary. His work is solid, creative, and functional and captures the authenticity of his subject's life. I have been a huge fan of his work and admire the awesome images he has captured of great people, including David Bowie and Beyoncé, to name a few.

"Markus' work has helped me feel free and confident to express my 'real self' and perform in front of the camera. Everyone worked hard and with passion, and we all enjoyed working together. It was such a great team. The filming location was the home of producer James Goldstein. I did a lot of photoshoots and films in his house, so I felt a bit at home."