MONCHO 1929 | Color outside the lines

Originally born and raised in New York City, Moncho1929 has lived and worked in London, Italy, Korea and currently in Los Angeles. Through all of these transitions, he has continued to be influenced by modern media and the urban artwork surrounding it. Moncho1929 has had shows for his works in various galleries in New York, Los Angeles, Boston, Miami, and London.

Apart from having his work in many private collections across the world including the French Consulate in Los Angeles and Soho House, he has also been previously commissioned by NBC, Paramount Pictures ( Star Trek Beyond ), The Coffee Bean & Tea Leaf Co., Whole Foods Market Corporate, a national commercial for the global investment giant Invesco, The City of Glendale California, The City of West Hollywood, CA, a national campaign for New Amsterdam Spirits Co. and the Los Angeles Public Library.

His murals, art, and story were recently featured in an on-air story with CNN Espanol, and his work has been archived with the Los Angeles Mural Conservancy and the Google Street Art Project, used by The University of Southern California, numerous television shows, and national media outlets. 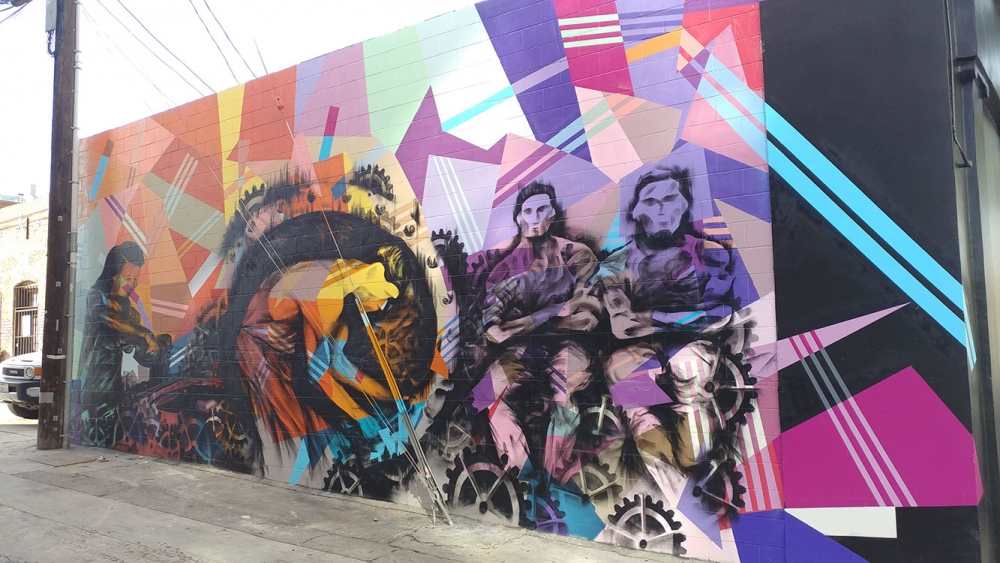 MONCHO 1929 usually does his artwork in series in order to keep the narrative close to the works and to keep evolving. After about 20 works the narrative and works have their place but he starts a new conversation and the works evolve.

As an artist, MONCHO1929 can't imagine doing the same work or content for years. He believes it is disrespectful for an artist to stay in his comfort zone. The whole drive is to create the work, earn your voice, and be outside the constraints of what is "normal".

MONCHO 1929 believes, that if an artist came into a room saying the same thing every time, he can't expect people to keep listening. It would be comical and not in a good way. To do the same kind of work for years is to put yourself in the very container you chose to stay out of as an artist. If it's because of safety, comfort or fear, it's still a box. Every new series runs the risk of people hating what you're doing, but the risk is a catalyst. Good or bad it motivates action and movement. 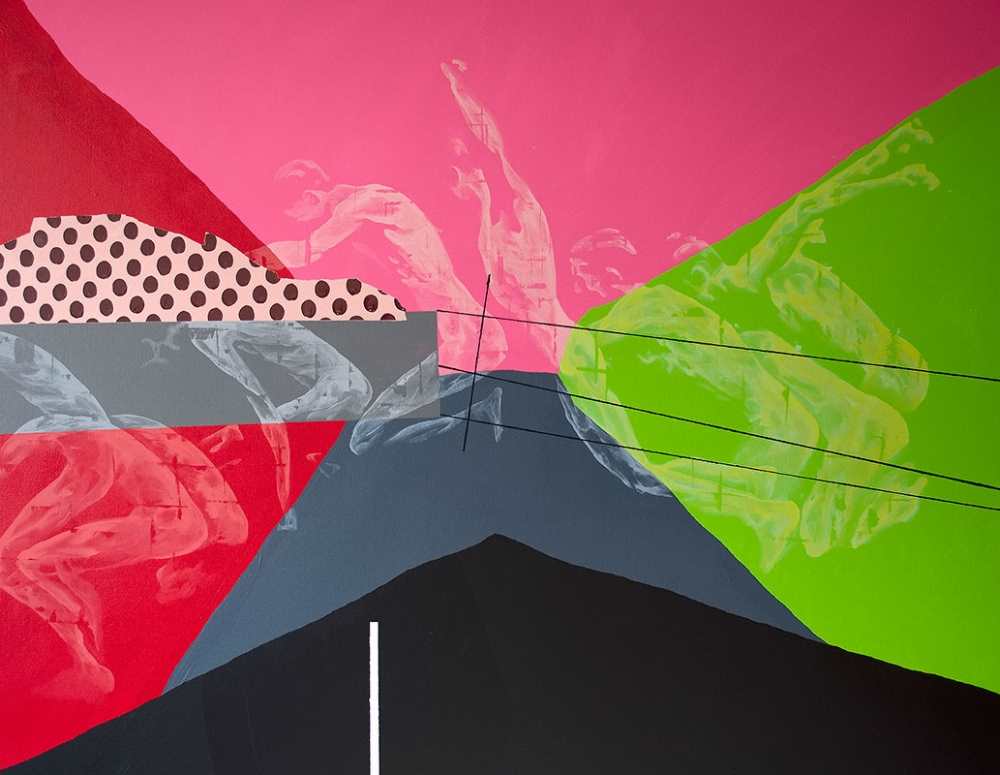 For MONCHO1929, art is a journey, and each discovery is another onion layer to peel. The colors, shapes, story, title, and even who the artist is can all add to that. The discovery of the work's voice, the interaction you have and everything that pulls out of the viewer should be important factors.

There are times when his canvas and street works converge, and there are times where they are at completely different areas of the spectrum. Right now the spectrum is wide, but that's because the narrative and reason for each are very different. The canvas works speak to more critical thought and take more time to engage the conversation. The street works are more of a visual contradiction where the shapes keep folding into each other and your eye travels fast and slow throughout the work. One is an introspective walk, the other a rollercoaster. Everything should have a reason for why it exists. Different reasons for both to exist and why I do each at moments in time.

“No earned voices and fewer answers to "why". Subtlety includes the viewer as an active participant.

The obvious is easy and assumes the viewer is just there to "look". Respect for the work, and respect for who is engages, it should be mutual.” 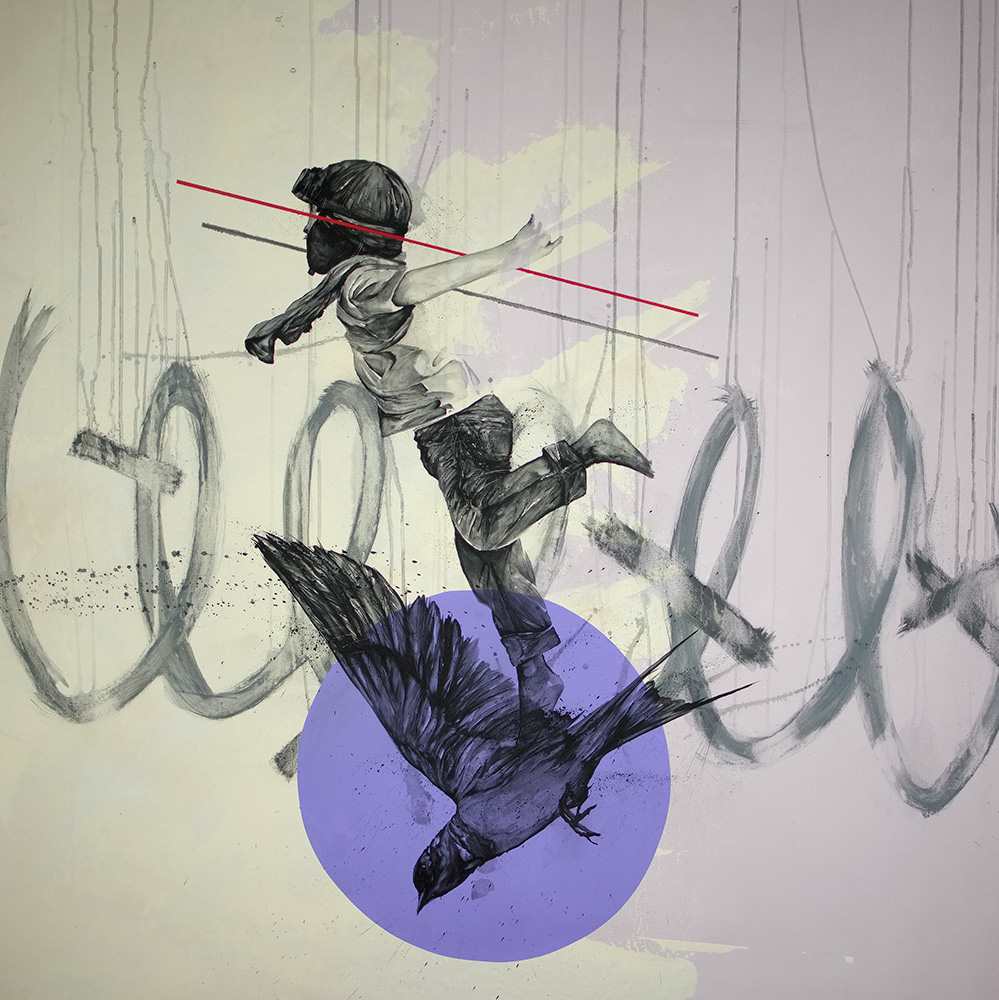