Decadence and Decay: The Place-making and Artivism of thrashbird’s Valley of Secret Values

If an artist sees the streets as his canvas, rather than linen weave encircled by a static wood frame, he has a unique opportunity to impart his beliefs to a broad range of people and embolden these viewers to examine challenging content. In his diverse and extensive body of work, thrashbird maximizes these opportunities, dismantling aesthetic boundaries, tackling physical obstacles and evolving the mechanisms of the practice itself.

thrashbird initially forged his reputation for an image he calls The Clone—a male figure glued to his phone, mindlessly texting. The Clone’s long, slender body crumples inward to accommodate the screen and his face, obscured by a hoodie, is transfixed by the digital world and oblivious to the actual world around him. The simplicity of thrashbird’s design makes the content of the work immediate and digestible. However, the subtleties of his social commentary unfold over time, imprinting on viewers and sparking awareness of systemic issues that plague society.

Another significant avenue thrashbird explores and elevates is the concept of place-making. Street art in general is a powerful place-making tool and the work of thrashbird specifically adds innovation to this conversation. His disruption of place extends traditional expectations of street art to include subversive billboard takeovers in urban spaces and playful transformations of abandoned spaces in more rural ones. 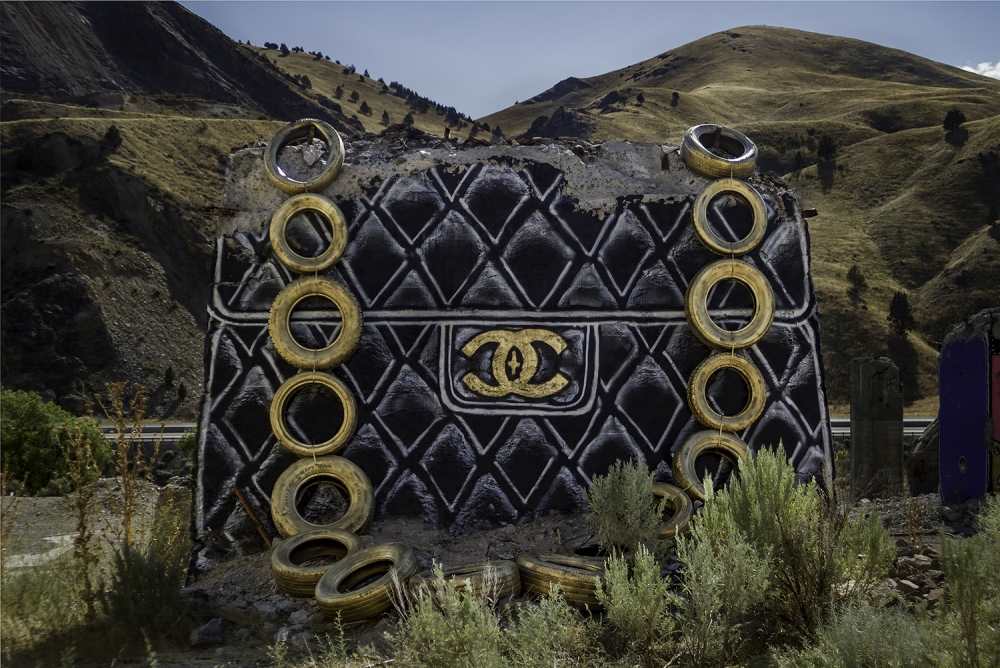 Recently, thrashbird has expanded his city practice to the desert, exploring the energies of the natural landscape and abandoned built environments that rest atop. Marrying the unique topography of the dessert and its forgotten structures with the artist’s creativity, thrashbird imagines playful designs from the shapes and surfaces he encounters, transforming them into something that is clever, perhaps steeped in nostagia, and often laden with deeper sociocultural content.

For instance, in his latest project, thrashbird’s Valley of Secret Values, the artist transforms massive concrete monoliths standing in an abandoned site in Lime, Oregon into decadent objects of fashion desire. These integers of luxury—purses by designers ranging from Louis Vuitton to Burberry to Alexander McQueen—have no business being in such a crumbling, dilapidated space; however, thrashbird’s creative transformation of concrete slabs into customized couture invites both wonder but also internal analysis in how, systemically, we assign value. The juxtaposition thrashbird creates between the elegance of the bag and the barren decay of the landscape is enigmatic at the very least but, more evocative still, is predictive of the eventual decomposition of both the fashion object d’art but also its wearer. 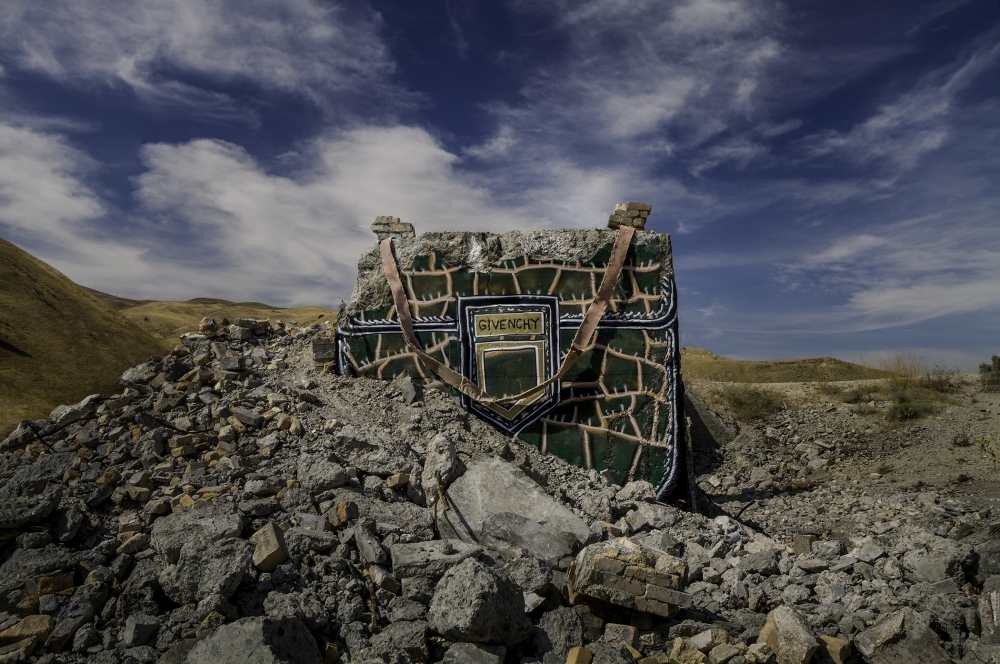 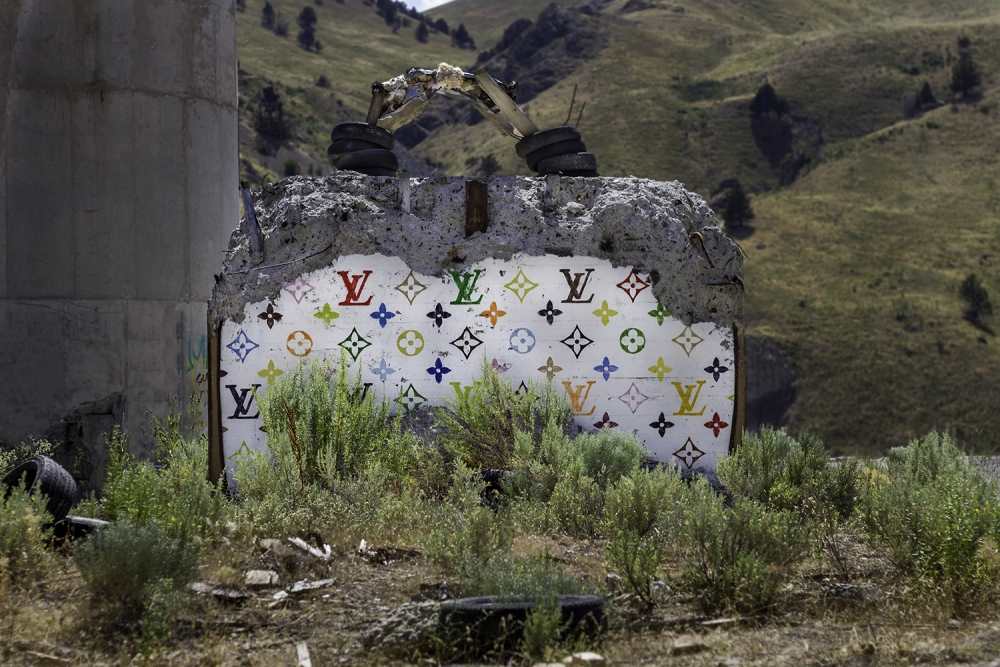 MONCHO 1929 | Color outside the lines

Originally born and raised in New York City, Moncho1929 has lived and worked in London, Italy, Korea and currently in Los Angeles. Through all of these transitions, he has continued to be influenced by modern media and the urban artwork surrounding it. Moncho1929 has had shows for his works in vari Read more...