This sumptuous full-color volume retraces the highlights of the country's twentieth-century art world through the private collection of one of Cairo's most reputable private gallery owners. The 200 color reproductions of paintings from Sherwet Shafei's collection representworks from very early pioneers such as Mahmoud Sa?d and Ragheb Ayadto later figures as Hamed Nada and Youssef Sida.

In a comprehensive introduction that examines the life and career of Sherwet Safei and her pivotal role in promoting and creating a market for modern Egyptian art, the author also addresses the tendencies of emerging art collectors in Egypt's "blossoming" market, the burdens of forgery, and the impact of globalization on the art industry.

This book serves as a repository of Egyptian cultural heritage by offering a rare viewing of a valuable collection that has yet to be displayed in its entirety. 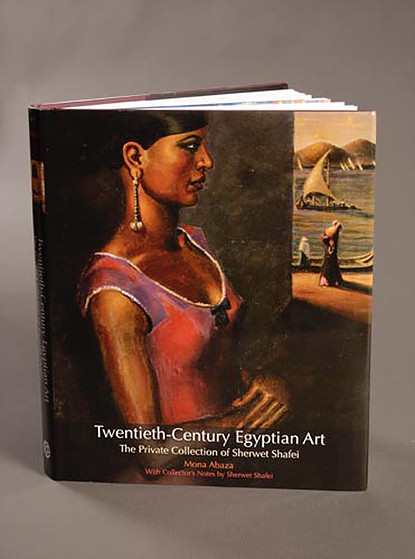 This book is an attempt to highlight the significance of the private collection of Sherwet Shafei, the owner of the Safarkhan Gallery, located on the island of Zamalek, a long-established and still fashionable residential district of Cairo. This exceptional collection comprises a wide variety of paintings, including the pioneers of modern Egyptian art in the late nineteenth and early twentieth centuries, such as Mahmoud Said, Mahmoud Mokhtar, Ragheb Ayad, Mohamed Naghy, Youssef Kamel, El-Hussein Fawzi, Hamed Abdallah, Effat Naghy, Georges Sabbagh, Shaaban Zaki, Hidayet Chiraz, Youssef Sida, Hamed Nada, Abdel Hadi el-Gazzar, Salah Abdel Kerim, and Marguerite Nakhla. The collection also includes works by the next generation: the Alexandrian brothers Seif Wanly and Edham Wanly, and many other painters of the 1950s, 1960s, and 1970s, such as Inji Efflatoon, Gazbia Sirry, Tahia Halim, Salah Taher, and many other twentieth-century artists. The 1950s and 1960s generation of painters may be less well-known than the pioneers of modern Egyptian art, but their works remain fascinating and reveal much about the period. 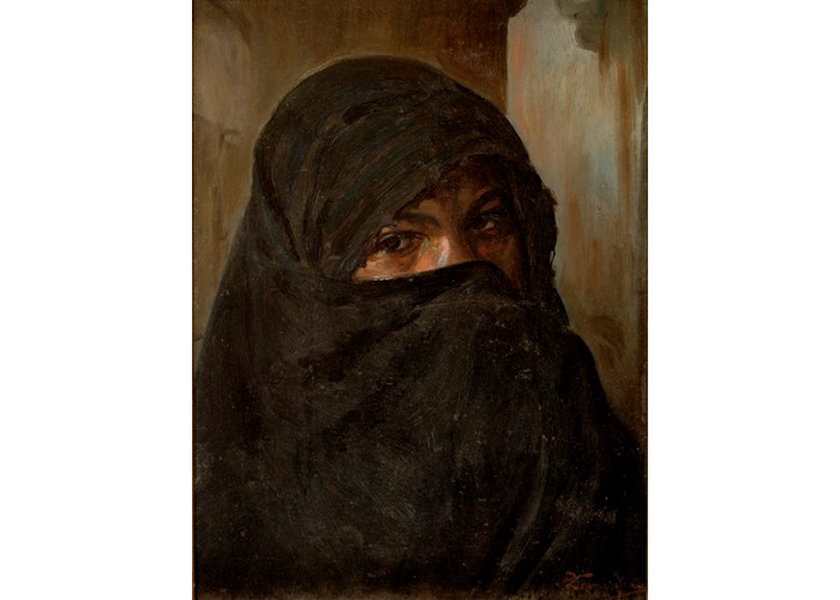 Shafei's collection also includes works by Kamal Khalifa and by Nahmeya Saad, who passed away at the age of twenty-eight, leaving behind an amazing output given his short life. To my knowledge, the majority of these paintings have not been reproduced in any recent art publication. I will pay special attention to the gallery's collection of prominent orientalist and Armenian painters working in Egypt, whose intellectual and aesthetic influence on the Egyptian art world was felt at the time of the early Egyptian pioneers. Sherwet Shafei's collection includes works by the two Armenians Ervand Demirdjian and Hamper Hampartsoumian, as well as by the orientalist painters Pierre Beppi-Martin, Charles Boeglin, Nicola Forcella, Karl Kopko, and Roger Bréval.

The last five names give some indication of the attraction Egypt held for European artists. The 1931 catalog of the Contemporary Egyptian Museum included twenty- four paintings by Egyptian punters, among which were the works of two Alexandrian artists of Syrian origin, Georges Sabbagh and Emy Nemr, but twenty- eight paintings by European painters living in Egypt, including B. Berhor, Pierre Beppi-Martin Beppo Bonelli, Camillo Innocenti, John Ralph, William Stewart, and Margo Veillon. The idea of collaborating with Sherwet Shafei matured gradually. The shape of this book emerged more clearly during interviews with Shafei in 2004—2005 about the contemporary consumption of art while I was working on my earlier book, The Changing Consumer Culture of Modern Egypt: Cairo's Urban Reshaping (Brill, American University in Cairo Press, 2006). Shafei then expressed the wish to publish a book about her collection, and asked me if I would write lt. It was an opportunity to contextualize Shafei's work and life within the larger growing expansion of the Egyptian art market.

'Gallery at the Walled Off'

The Walled Off Hotel is situated in Bethlehem, in the West Bank, in Palestine. The hotel, opened by the elusive artist Banksy in 2017, has only 9 rooms and is filled with original Banksy artworks. The hotel has been a great success since its opening and has attracted many new 'tourists' to what is a Read more...

We are proud to have Popovy Sisters as one of 100 creative voices at Vogue World project. Today the landscapes of fashion and culture are being radically reimagined, fueled largely by a global groundswell of new talent. In the world of one-of-a-kind dolls (OOAKD), the name Popovy Sisters is wri Read more...

Canvas of the Soul

John Paul Fauves is a contemporary Artist from Costa Rica. His artistic journey started at a very young age after he became a student of Joaquin Rodriguez del Paso, one of the most important Costa Rican modern art teachers. John Paul spent 15 years studying and mastering his technique, and only a fe Read more...
Browse by category Recent posts Magazine archive