Banksy has unveiled 5 new street pieces in Palestine. One of the pieces is inspired by Rodin's 'Thinker' and is called Bomb Damage. See the images below. Two quotes by Banksy were also revealed.

Gaza is often described as 'the world's largest open air prison' because no-one is allowed to enter or leave. But that seems a bit unfair to prisons - they don’t have their electricity and drinking water cut off randomly almost everyday. -- Banksy

A local man came up and said 'Please - what does this mean?' I explained I wanted to highlight the destruction in Gaza by posting photos on my website – but on the internet people only look at pictures of kittens. -- Banksy

One of the pieces was text only and reads : "If We Wash Our Hands Of The Conflict Between The Powerful And The Powerless We Side With The Powerful - We Don't Remain Neutral".

There was also a video released to accompany this visit to GAZA in Palestine.
See it 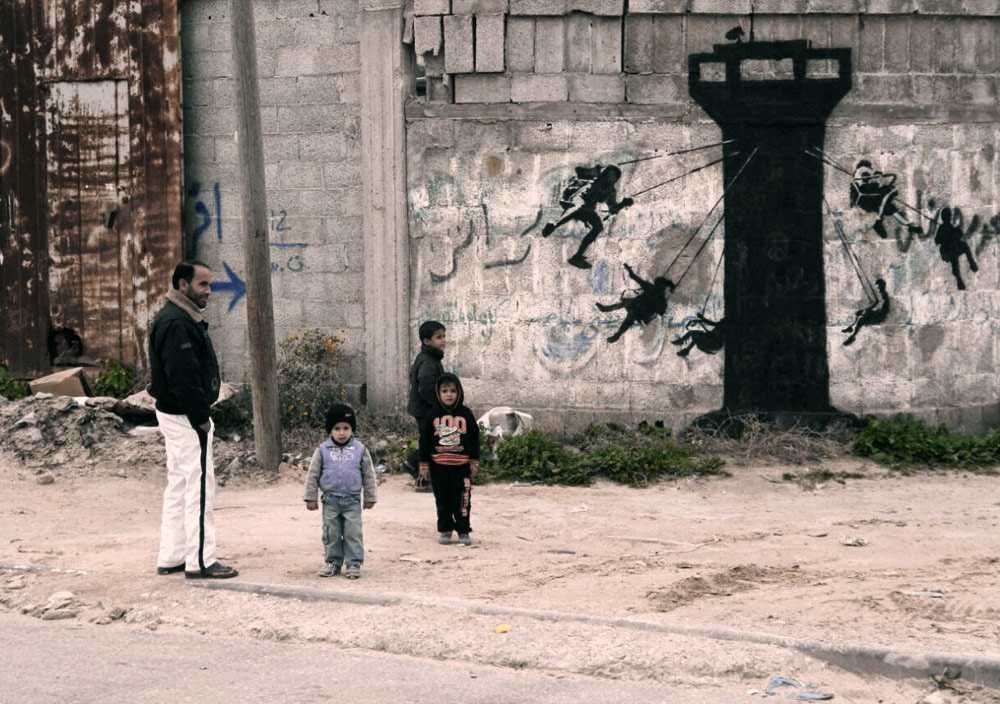 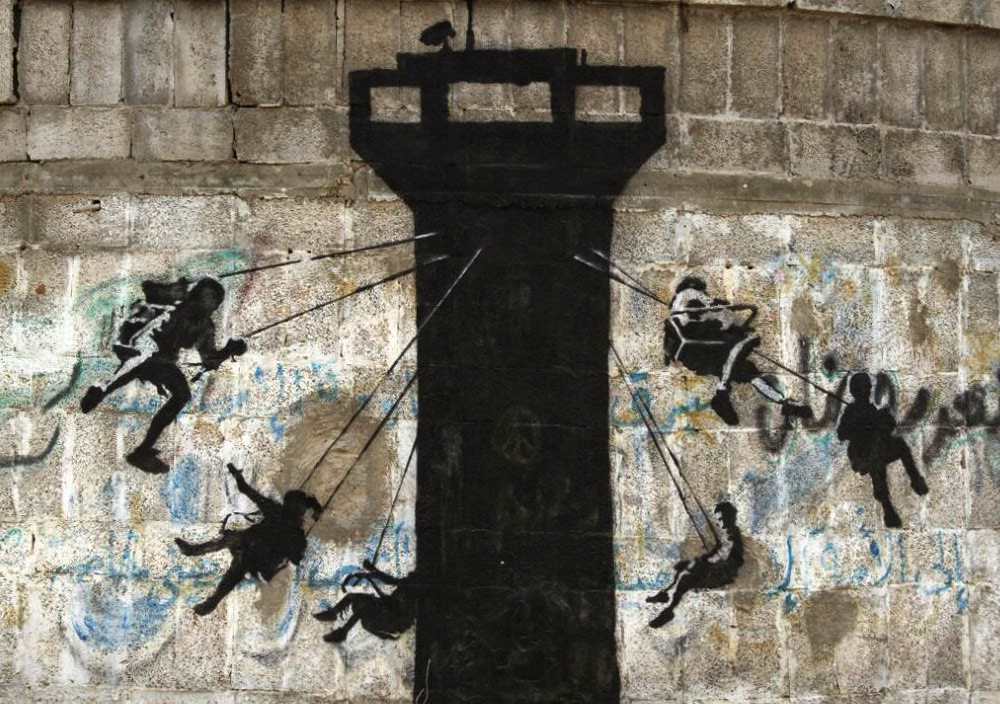 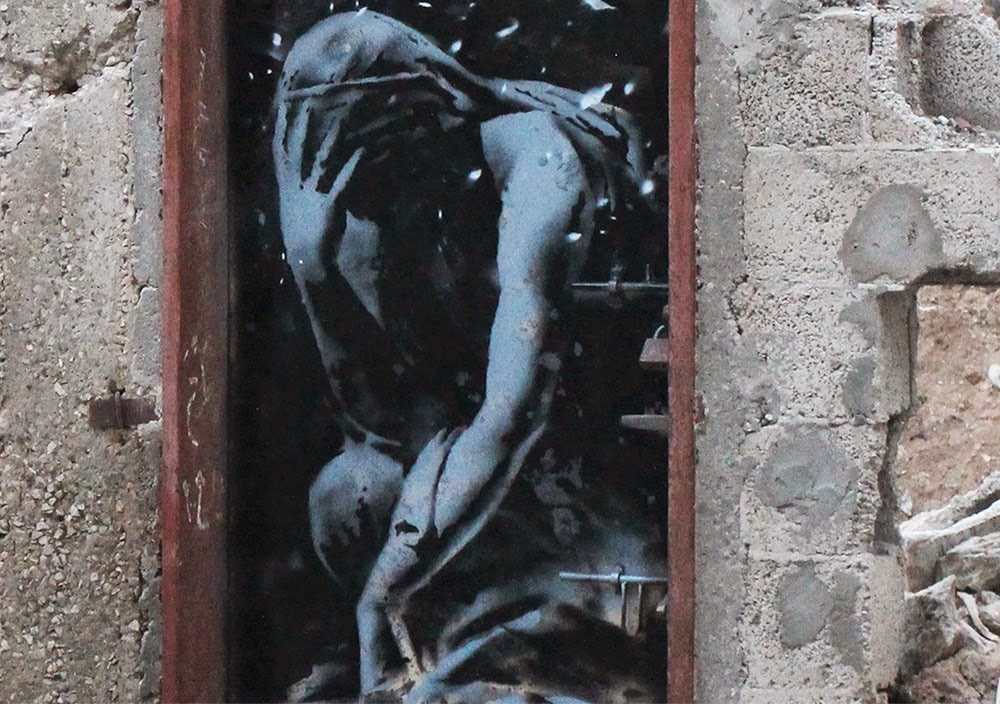 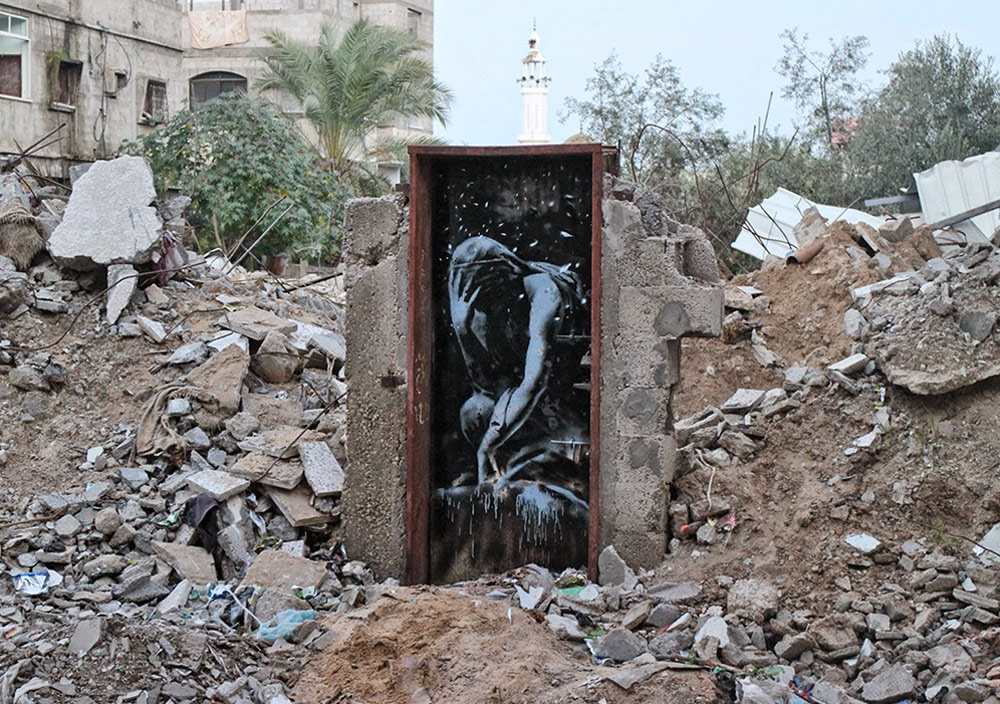 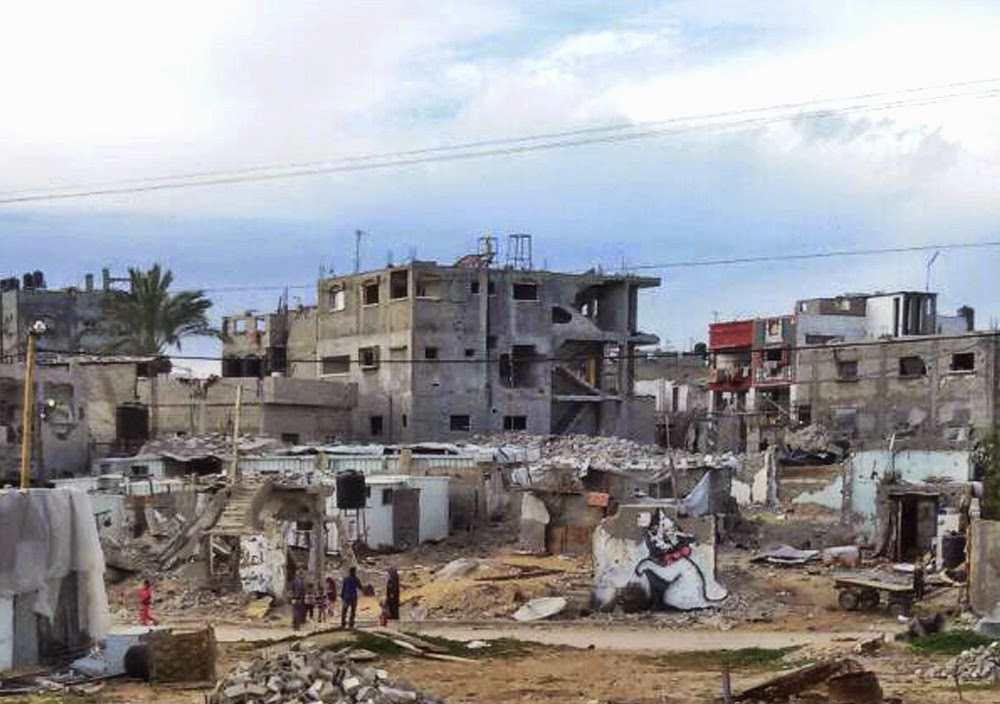 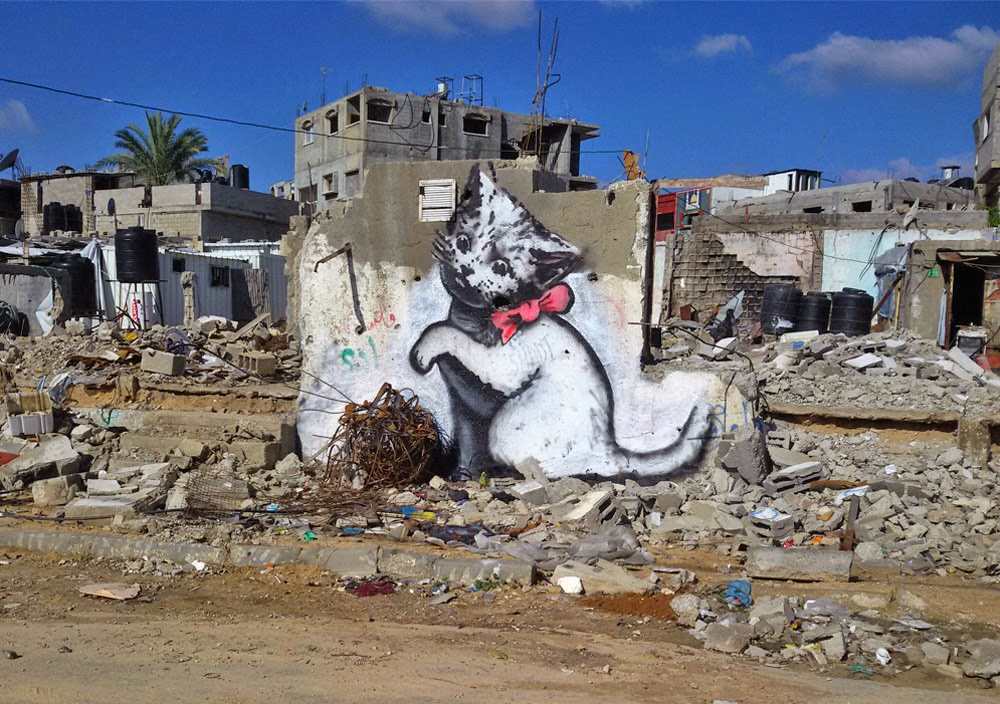 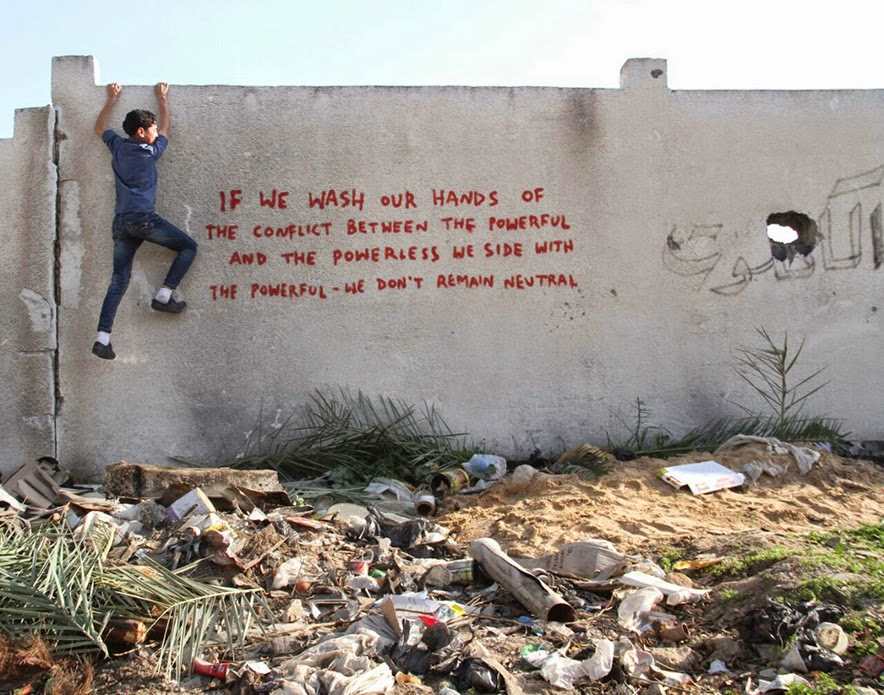 Bluemoon Gallery | Figures and Portraits Exhibition ! Finishes 21st Feb 2015 The exhibition runs until 21 February so there is only 9 days left to attend. Read more...

Visit the Works on Paper website HERE Early, Modern, & Contemporary art on paper under one roof, from the UK and Overseas Visitors to the Fair can see and buy from a range of Early, Modern and Contemporary Art dealers, and see a range of Museum quality art, all presented on the first floor Read more...