The Daily Mail has unveiled a picture of a parking attendant that uncannily looks like an old archived picture of 'Banksy'. The man in the picture on the right looks very similar to the picture on the left which was released by the Daily Mail in 2008. The original picture is said to be of a chap called Robin Gunningham, who Banksy fans sometimes claim is Banksy! The original picture, showing 'Banksy,' was taken in Jamaica in 2004. The new picture was taken at Banksy's new Dismaland theme park in Weston-super-Mare. What do you think, is it the same person? 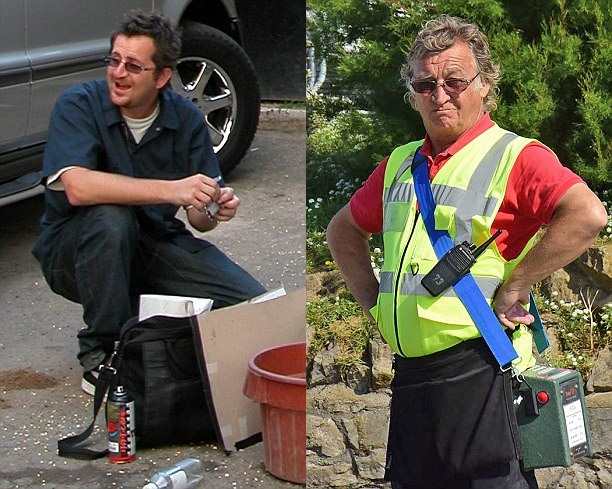 Picture VIA the Daily Mail

Banksy has just gone and done it again! Details of the artists Dismaland Bemusement Park exhibition at the Tropicana in Weston-super-Mare have been posted online. A specially set up website describes the event as Dismal Land – a festival of art, amusements and entry-level anarchism. Banksy Read more...

COMPETITION DETAILS: In August and September, we will be offering up some fantastic prizes in our bi-weekly competitions. In collaboration with MLA Gallery in Los Angeles, first up is this fantastic original work by Raul Enmanuel. The usual gallery price for this pastel, watercolor and gouache on Ar Read more...

Ai Weiwei gets his passport back

Chinese artist Ai Weiwei announced that he finally got his passport back from the Chinese authorities. He shared a picture of himself and his passport on Instagram this morning, Wednesday 22 July 2015. The announcement to his 111'000 instagram followers simply said“Today I got my passport" It' Read more...
Browse by category Recent posts Magazine archive