With his eyes closed and face down on pebbles inches from the water, Ai Weiwei, the Chinese artist and activist, has recreated the haunting image of the 3 year old Syrian boy who died in the Mediteranean Sea last summer. The controvertial Chinese artist and activist has again provoked debate since the image went viral. Is Ai Weiwei's recreation of the photo of Aylan Kurdi's untimely death really necessary? Some people may say it is rather crude to recreate a disturbing image such as this.

Some may say the artist has gone too far and is using thIs image to further his own career and to keep him in the spotlight. Using such a picture could be seen as the artist exploiting the situation, however others would argue that the image keeps the dreadful refugee crisis in the minds of people worldwide.

The image was taken in Lesvos, Greece, for an Indian magazine.. Andy Argus, co-owner of India Art Fair, said: “It is an iconic image because it is very political, human and involves an incredibly important artist like Ai Weiwei.

Ai Weiwei, in an interview with CNN said “The image is haunting and represents the whole immigration crisis and the hopelessness of the people who have tried to escape their pasts for a better future.”In an interview with CNN, Ai states: ‘For me to be in the same position [as Kurdi] is to suggest our condition can be so far from human concerns in today’s politics.’

A image such as this is always going to get a lot of attention and create debate. Whether you could call it art is another matter, nevertheless Ai Weiwei would suggest that it helps to keep the situation alive in our minds! 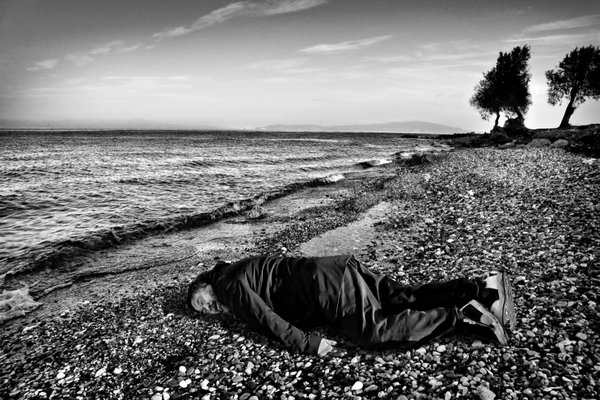 Post-anthropocentric art. An interview with Maja Smrekar by Regine Debatty

Gallery Focus: The Shayne Gallery We are very pleased to have The Shayne Gallery as a member of Global Art Traders. We particularly love the fantastic Alex Katz limited edition prints currently in stock. Here's a little bit about the gallery.... "A pioneer in her choice of locations and style. The Read more...

The Painted Oceans Kickstarter is now LIVE. Click HERE! In the summer of 2016 an adventurous crew of artists and filmmakers will head out into the middle of the ocean to pull off the most ambitious, dangerous and exciting mural project in history: PAINTED OCEANS. Artist Tristan Eaton has assembled Read more...
Browse by category Recent posts Magazine archive