That Was Then This Is Now 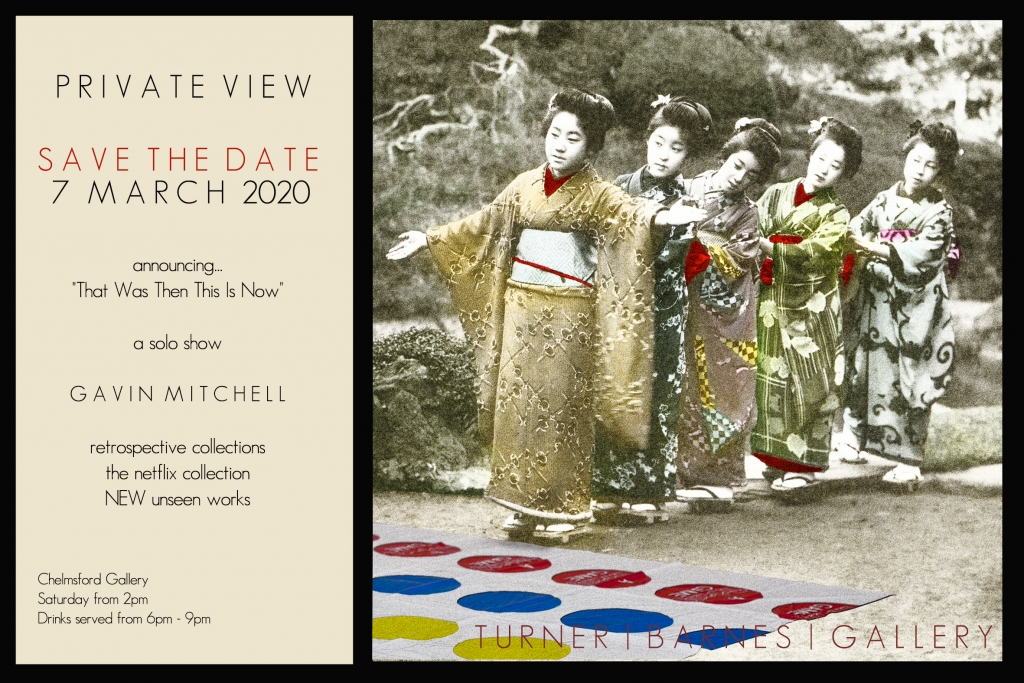 The exhibition will be a mix of new works along with transformed pieces from older collections. Not to mention a brand new collection which will be featured in an upcoming Netflix drama!

The title, 'That Was Then This Is Now' reflects the idea that the show will portray Gavin Mitchell's journey as an artist as we will be able to see how his work has evolved over the years.

The pop art artist is mostly known for his iconic Geisha Girl prints which juxtaposes the Western and Eastern culture. His unique take on pop art involves photographing vintage Japanese postcards from the early 20th Century and blowing them up on his computer making the faded hand painted watercolours bolder and brighter and combining the era and culture with that of modern-day Western ethos. Exploring this clash of cultures in Gavin’s work also emphasizes a beauty from traditional culture mixing with modern day elements.

His collections of work are inspired and influenced by what he comes across in car boot sales which is where he found the Japanese postcards along with a vintage playboy magazine which features in many of his iconic prints. By discovering these two objects and re-working them together marked the beginning of the “East meets West” idea.

‘My own photography or ‘found’ material provide me with the origins from which my artwork is created. I am always striving to find ways of adding another visual ‘layer’ to the inherently two-dimensional nature of my source.’ – Gavin Mitchell.
February 2020
March 2020
April 2020
Events archive